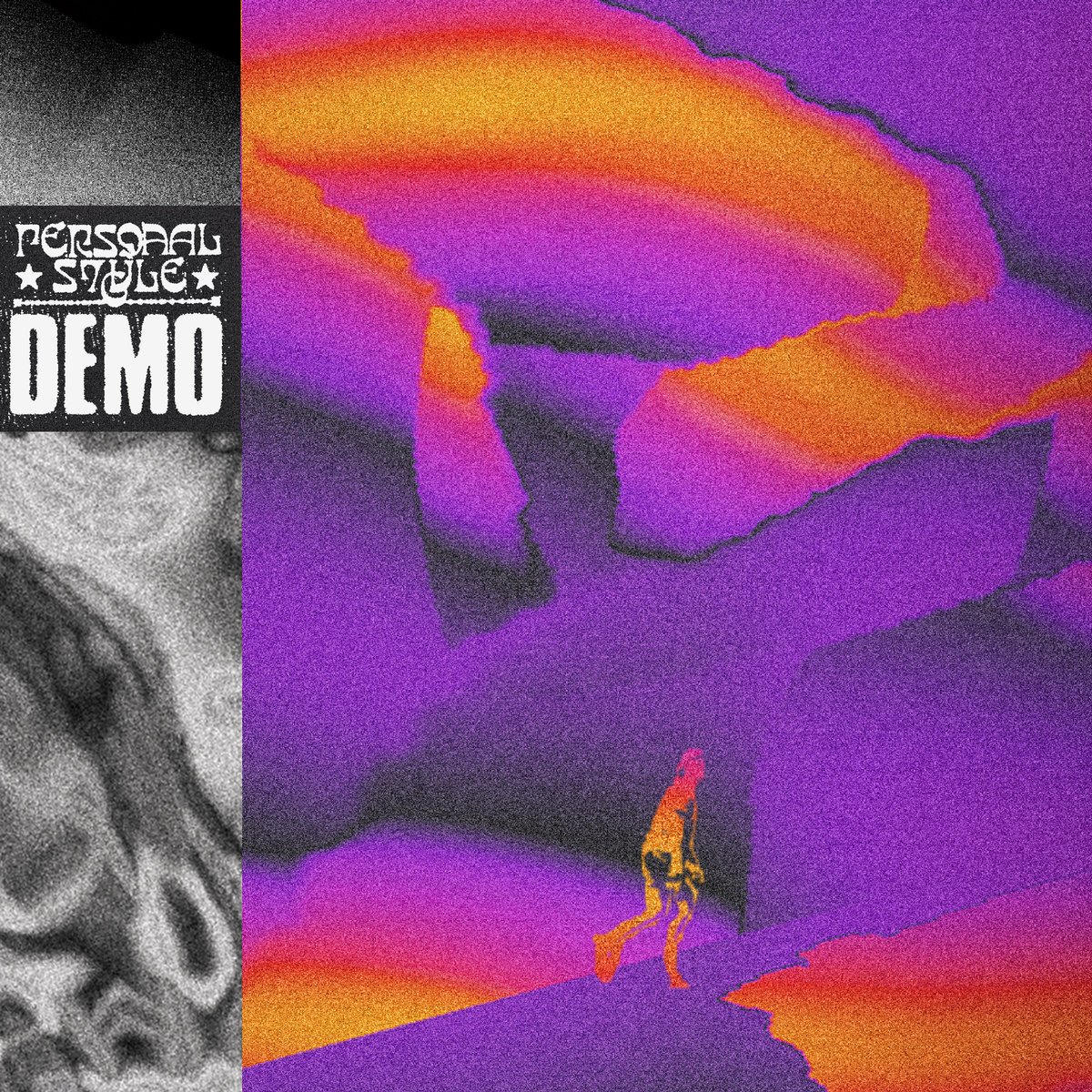 There is nothing new under the sun. That being said, to express yourself you need to take your influences and make them your own. The fresh-faced Buffalo band of familiar faces, Personal Style, have released their first demo tape, a six song collection of tight punk rock, which they branded as their own.

“Total Kontrol,” a title that shows Personal Style making the English language their own, kicks off the demo. Bryan Johnson (of Bryan Johnson and Family, honeyCOMA) delivers a punk-classic three chord winding guitar riff for two measures until the drums enter. Evan Wachowski’s jumpy drum beat establishing the song’s pulse thumps to life low in the mix. Think Iggy Pop’s “Lust for Life.” Then the song explodes into a full on punk ringer. The vocals, a low almost flat delivery in the vein of garage rock heroes Pavement, tell about a classic punk trope. The urge for freedom. “I live my life so full of fear/ My life is an empty hole/ All it time I want it all/ All I want is total control.”

Track two, the deliciously demented titled “Brain Flu,” highlights the bass playing of Stephen Floyd (Mallwalkers, Mapmaker), as he handles the three chord riff allowing the guitar sound to expand. Johnson moves from the water-tight guitar to a free flowing two chord riff with that sounds like an echo pedal effect. The fuzzed out guitar washes over the tight bass and drums for eight measures until all three components snap together and begin to drive the song. Vocals on “Brain Flu” differ from “Total Kontrol,” as the delivery comes across as sharp and in the vein of The Dead Kennedy’s Jello Biafra.

Just when you do not know how Personal Style can break more creative ground they deliver track three, “Bubble Yum.” The guitar riff at the beginning of the track uses a similar effect pedal that we hear on ‘Brain Flu’. Johnson delivers a start and stop riff that makes the listener feel as though they are tripping over their own feet, and just when the teasing becomes too much Wachowski and Floyd join in to push the song.

After one listen to the short demo, each song clocks in at two minutes or under, the members’ musical skill and creativity become evident. To have a small frame work to operate inside of has given Personal Style the ability to dig deeper into the punk rock genre and emerge with a collection that is truly unique. Make sure to catch their live shows around the city, as they will surely be a lesson in DIY artistic expression.Written by Kevin Prentice