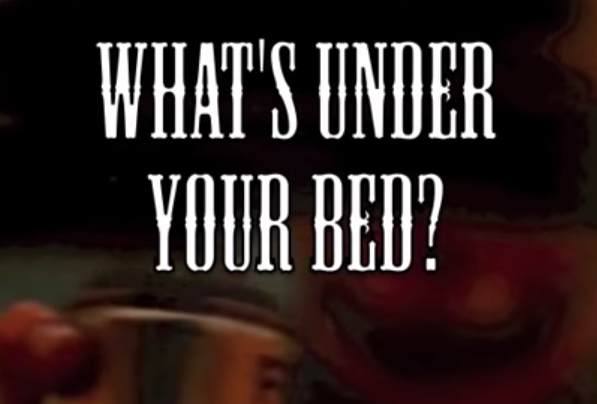 Oktoberfest is in stores, so some Halloween-y, horrorcore-inspired hip hop from Buffalo’s Mic Excel and L-Biz couldn’t be more welcomed.

Though not quite horrorcore in the vein of artists like Gravediggaz and Three 6 Mafia, “What’s Under Your Bed?” is certainly on the creepier spectrum of rap music. On the track, Mic Excel delivers an emotionally manic verse, and L-Biz follows it up by discussing his demons as well. Framing the verses is a crooning hook from Angelica R, who begs the question of the track’s title.

The track, produced by Angie M. Conte (aka Sparklebomb), includes funeral organs and running dialogue of what sounds like a taped phone conversation between a serial killer and a sex hotline worker. This is definitely a video that will be getting some plays back for the upcoming Halloween season, as it includes occult imagery, some demented barbies, and a Psycho-inspired shower scene.

Turn a light on and give it a watch below.