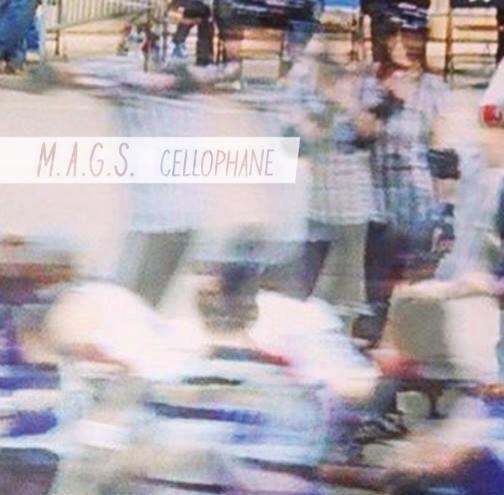 “Tonight was beautiful.” posts Elliott Douglas, the musical fulcrum behind Buffalo’s hottest new indie rock outfit, M.A.G.S. The three-word post hits Facebook at 3:11 a.m., shortly after (and undeniably in reference to) the band’s highly successful EP release party at Mohawk Place. The show was destined for success from the day it was announced; M.A.G.S. has picked up a noteworthy amount of buzz around Buffalo since self-releasing a handful of demos late last year, and the bill—rounded out with other big Buffalo acts such as Bryan Johnson & Family, The Slums, and Kharlos—was solid gold. Armed with their riot-of-a-good-time Cellophane EP and a fresh spot on the roster of Admirable Traits Records, M.A.G.S. is here to stay.

Cellophane, as a whole, is the purest representation of Douglas’ ability to write hook after hook… after hook. Each of the expertly-arranged tracks brims with personality, whether it’s rhythm guitar played with the perfect amount of upstroke pep or a bass shred that digs deep to satisfy those low-end lovers. Sonically, the EP sits somewhere between the indie sugar-rush of Tokyo Police Club and the handsome riffage of The Strokes. Cellophane brings both a fun-loving contagion and quality musicianship into one, balanced package.

The six-track EP opens up with “My Love,” the frantic banger of a single that the band teased a few weeks back. The song’s explosive pace sets the stage admirably for the rest of the EP, and riffs hard right to the final seconds. “Bad Things,” one of the EP’s milder songs (and my favorite of the bunch), capitalizes on crisp instrumentation and more than just a few skillful bass rips, the latter being something I have a soft spot for. Other highlights include the synthy and soulful dirge of black sheep track “California,” and the blazing leads and perfect-ten choruses of “Lay Low.”

Cellophane hits hard and leaves no itch left to scratch. High energy, delicious tones, and a quality production come together to make this nothing short of a great, balanced debut. Click or tap your way over to M.A.G.S. bandcamp page for high-quality digital downloads or, if you prefer, a shiny compact disc.