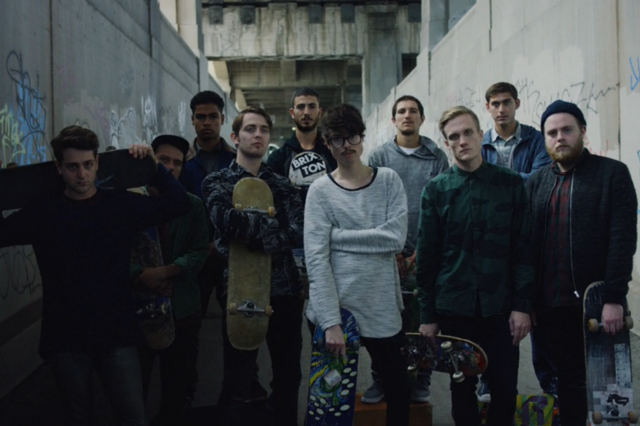 Rochester’s Joywave (or JOYWAVE, we don’t really know these days) is becoming dangerously close to being too big for our regional coverage categories, but the five-piece continues to remain loyal to WNY, in particular its home town of Rochester. The group frequently comes home for special appearances at the Bug Jar, the band’s home away from home, so at least for now, we will continue to cover them within our Rochester posts.

Last week, we posted that the band finally announced the release of its debut album, How Do You Feel Now, set to drop on April 21st, and just yesterday, Joywave premiered the music video to the LP’s first single, “Somebody New,” via Stereogum.

The clip finds the Joywave boys hitting the streets with a crew of skateboarders doing some rather aggressive moves that rival some The Office level parkour feats. No confirmation on whether the band performed its own stunts though…

If you are looking to catch Joywave in Buffalo in the near future, the Bleachers show the group is opening for in April is sold out, so sorry if you missed out on that, but you can also catch the guys opening for the Kooks at the Rapids Theatre in Niagara Falls in June, so all hope is not lost.

Watch the video for “Somebody New” below.