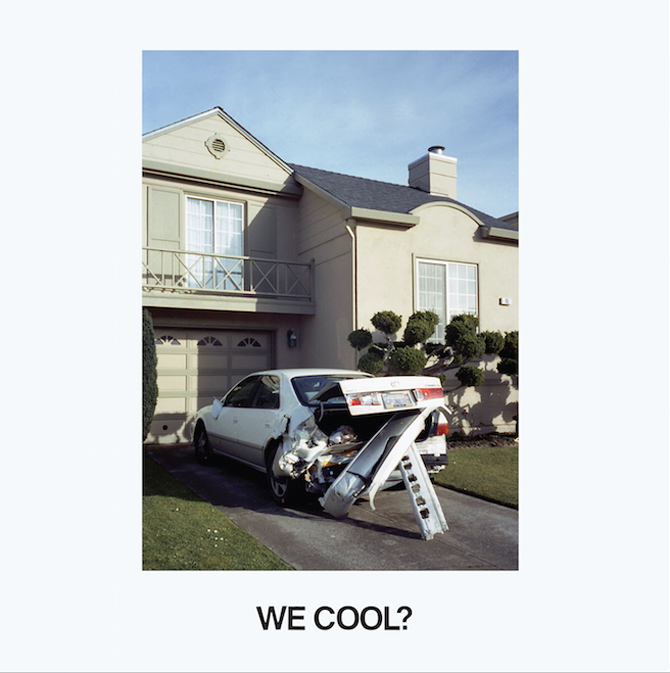 The opening lyrics on We Cool? are softly sung, “When your friends are buying starter homes with their accomplishments, drinking at a house show can feel childish and embarrassing. People glaring because despite what the advertisement said, drinking malt liquor doesn’t make you young.” This is an amazing preface to the overall tone of Jeff Rosenstock’s latest solo effort.

Jeff Rosenstock is the former frontman and vocalist of the now broken up punk / indie group Bomb the Music Industry!  After the band’s breakup, Rosenstock has taken another stab at his own self titled solo project. I will admit, while I have heard off Jeff and Bomb the Music Industry!, I never really gave them a fair listen.  After listening to We Cool?, I am really starting to regret that.

The most notable quality  on this record is the honesty in Rosenstock’s lyrics.  From the aforementioned first lines, the album is packed with truthful, honest, and sometimes painful lyrics, On “You, in Weird Cities,” the chorus rings “I’m sick of getting high when no one is around, nothing makes me feel anythings worth wile. Nothing makes me happy, I’m like a bratty child.  Nothing makes me laugh, nothing makes me smile” Rosenstock is clearly not afraid to embrace and make light of the issues with death and personal struggle that many people face.  He will take those problems and turn them into a sing-along type chorus, making them seem much more harmless. Just as everyone does at some point, he is doing some extreme questioning of where he is at in his life.

While the songwriting is excellent on this album, the instrumentals are also incredibly well put together and features a great amount of variety, from clean cut and punchy to pretty bouncy and dancey at times. We Cool? also features some really well put together melodies hooks on this album, like the shouting “Hey Allison!,” as well as the almost joyful piano section on “Nausea.” The album can bend genres from punk/folk-punk to a slow ballad, and from indie to straight up power-pop over the course of a few songs. The varied, sometimes fun, hard hitting instrumentation on these tracks combined with Rosenstock’s all over the place vocal delivery gives almost every tack on We Cool? a really unique, attention grabbing sound.

On We Cool?, Rosenstock does a great job at remaining vocally close to his DIY and punk roots, but when he brings these well put together instrumentals into the mix, it creates a truly special and relate-able experience that engages the listeners. If you don’t pay attention, you would miss that hidden quality under these sometimes upbeat instrumentals, not to mention fact that almost all of these songs are about mental struggle and death. This is what really makes the album worth listening to: a man being able to recognize his fears and make light of them through music.