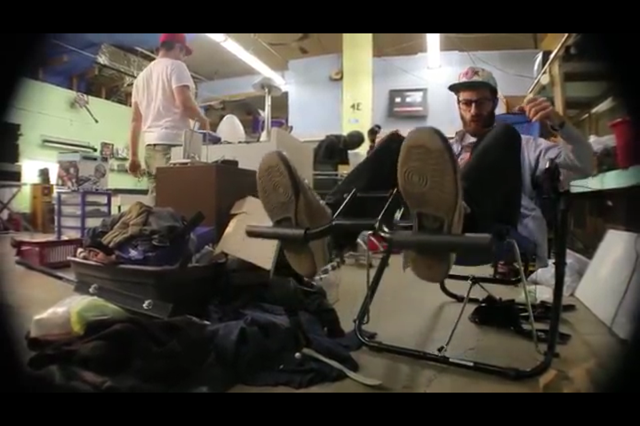 Shout out to frequent collaborative duo, Jackt Topht and Malt Disney, for giving Super Flea a proper eulogy. Yes, one of the only places in Buffalo where you could buy a live rabbit, a bong, and a samurai sword all from the same vendor closed up shop for good a few weeks ago, set to be demolished for ANOTHER Walmart. Super Flea held a really weird place in the hearts of many Buffalonians. The place was a dump, smelled awful, and sold some of the more useless items you have ever come across, yet I loved the place, and from the comments on FB during its final weekend, you all did too.

So leave it to Buffalo spokesman and wordsmith Jack Topht to film a video for his Teen Wolf produced throw-back jam, “Beef on Weck,” on the Super Flea lot on its last weekend. The clip finds Topht and his Little Cake exploring the vast Cheektowaga wasteland, culminating with enjoying a Charlie the Butcher beef on weck at the Super Flea eatery, an act that is so Buffalo that the city could nearly implode upon its conclusion.

Watch the video for “Super Flea” below.