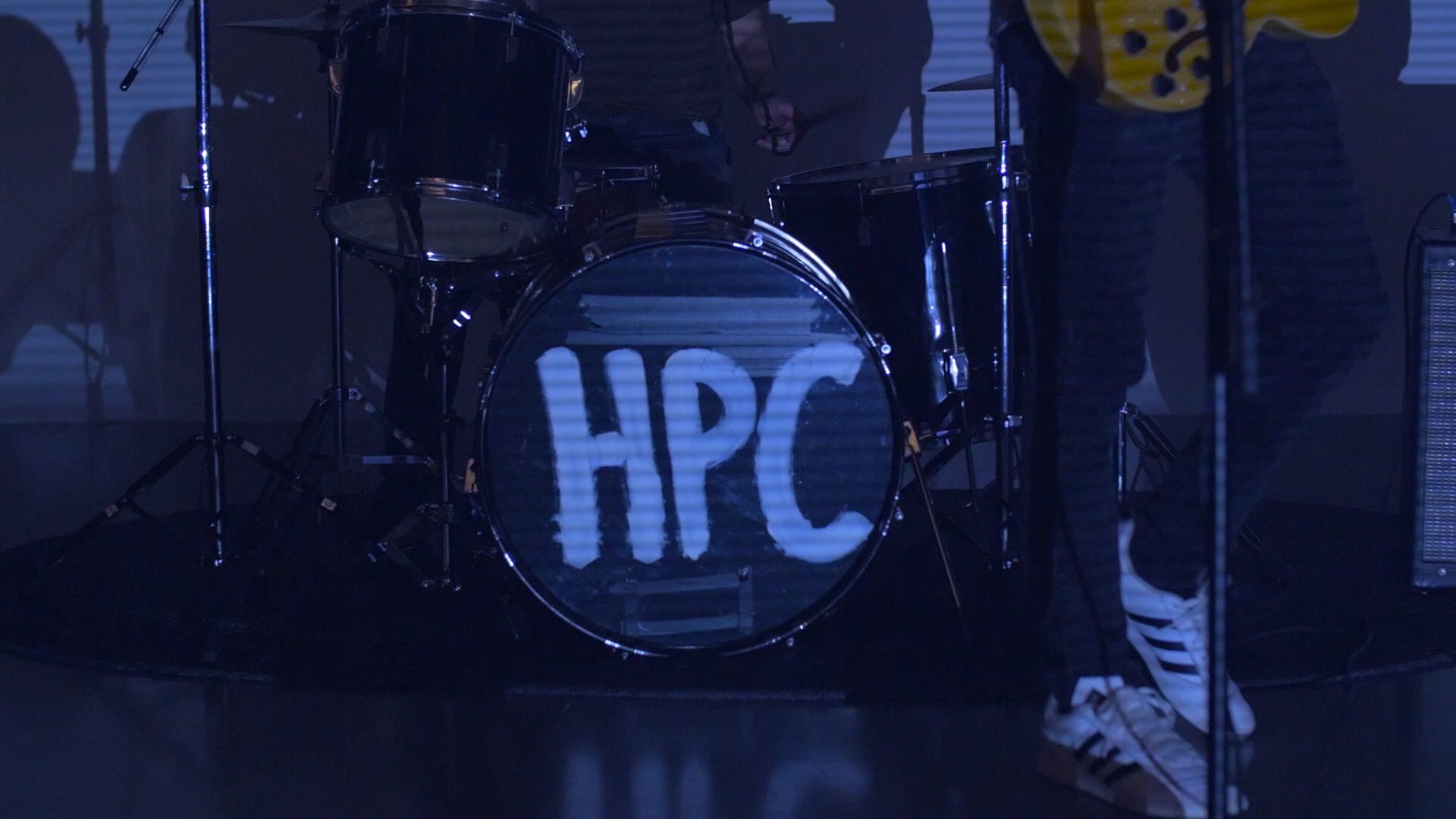 Buffalo indie rock act Hundred Plus Club have dropped a new visual for “Cooler,” the latest single off their upcoming EP Everybody’s Friend, a video that manages to capture the band’s true lo-fi essence.

Nestled between a giant projection screen and projector, the band churns out their latest indie rock entry as a myriad of hazy colors, including plenty of blues and reds, and shapes dance across their faces. Angular guitars and cymbal crashes swell and build to a satisfying crescendo as the video fades out with the band’s name and song title flashed across the screen in a familial 80’s graphic font. The new clip was shot by James Carriero, directed by drummer Burak Spoth and co-directed by singer Zain Shirazi.

Everybody’s Friend, Hundred Plus Club’s sophomore EP and first since 2016’s For You, will be released November 24 via Admirable Traits Records. In honor of the album’s release, HPC will be performing at Nietzsche’s with MAGS, Little Image and MASON JAR on November 25. In the meantime, check out the video for “Cooler” on Youtube.