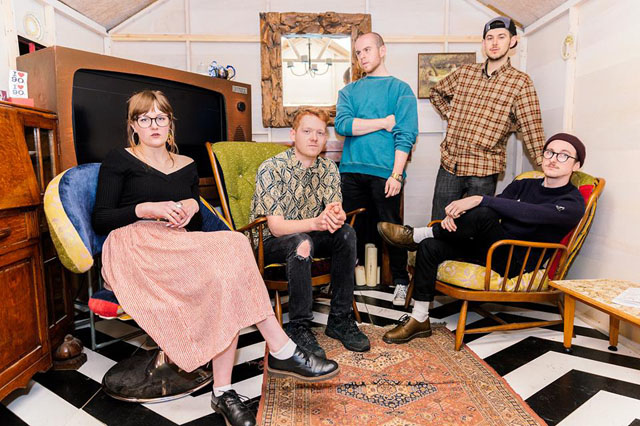 Hailing from across the pond in Leeds, the alt-rock five-piece The Golden Age of TV gives their take on nostalgic rumination in their recent release, “Dust.” Through a spunky mix of power-pop vocals, grungy guitars, rhythmic synth lines, and a groove-driven bass, the band takes on the tried and true tale of clinging onto old memories that may seem better than they actually were. Guitarist Ryan Bird further unpacks this; “Dust is about someone who is sabotaging the good memories from the past relationship. It’s very sarcastic in tone, as it’s such an upbeat song, yet the lyrics are from the perspective of someone battling to hang on to the happier times. Each of us can relate to how frustrating that can feel, so the song means a lot to us.” There promises to be a lot in store for The Golden Age of TV in the coming months, with notable BBC Radio 1 mention and huge festival slots. We’re calling it now and saying this is the next UK band to watch. Get a taste of “Dust” while it’s hot below.