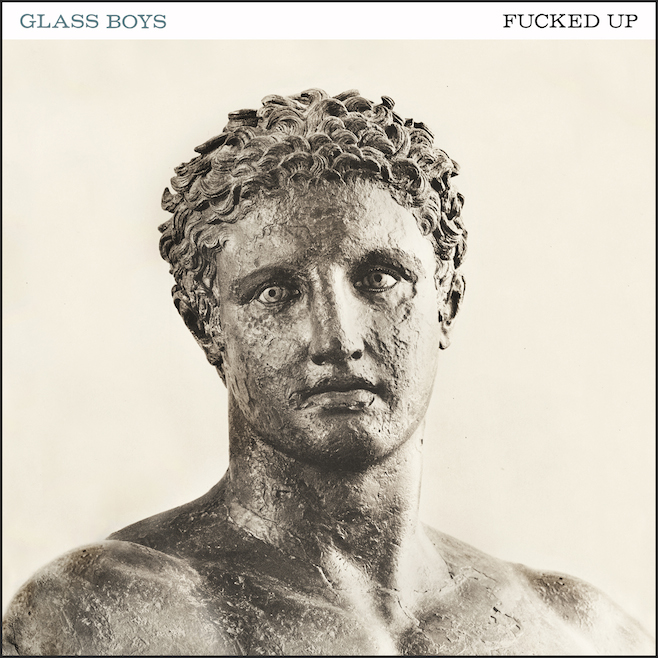 In their new release, Glass Boys, Canadian hardcore punk outfit Fucked Up demonstrates their knack for tasteful anthemic punk rock, albeit in a more modest way than usual. This time around, the band looked to more self-reflective and moody elements to join their usual philosophically charged aggression.

One thing listeners need to know before listening to Glass Boys is that, conceptually speaking, it is not anything close to David Comes to Life, their complex, punk rock opera that explores a love story through multiple perspectives and meta-narratives. In comparison, this record is the proverbial sidekick or henchman murmuring, “Yeah, what he said!,” echoing the previous record’s ideas of frustration with apprehension against society’s ills. However, this album should be praised through its particular use of song structure and instrumentation, which give it a brooding yet deeply energetic style.

Whereas most hardcore punk music thrives off of bursts of high energy lyrics with light instrumentation, Fucked Up does something different with the new record, defining their songs with more experimentation. Every time a track on the record reaches the usual point of ending for most punk bands, that is where the band really picks up, gaining energy from the breakdown and subsequent rebuilding of each song. The album’s best moments are where more typical punk moments work in conjunction with the breakdowns, as with the track “The Art of Patrons.” The song moves from one of the album’s best verses to a back-and-forth breakdown cemented by the line,“It’s the privilege of mass delusion,” and both parts work to strengthen each other perfectly.

In keeping with punk’s tradition of hybridizing with other genres like pop, rock and roll, and folk music, Fucked Up takes on a similar task. But unlike some punk experimentations that can come off as gimmicky cut and paste projects, Glass Boys demonstrates a band that deeply understands the inner-workings of both traditional hardcore punk and modern indie pop. And while the result is not as earth-shatteringly innovative as their last release, Fucked Up have nevertheless put together an album that is just as relevant being thrashed to in a basement as it does being listened to alone in your bedroom.