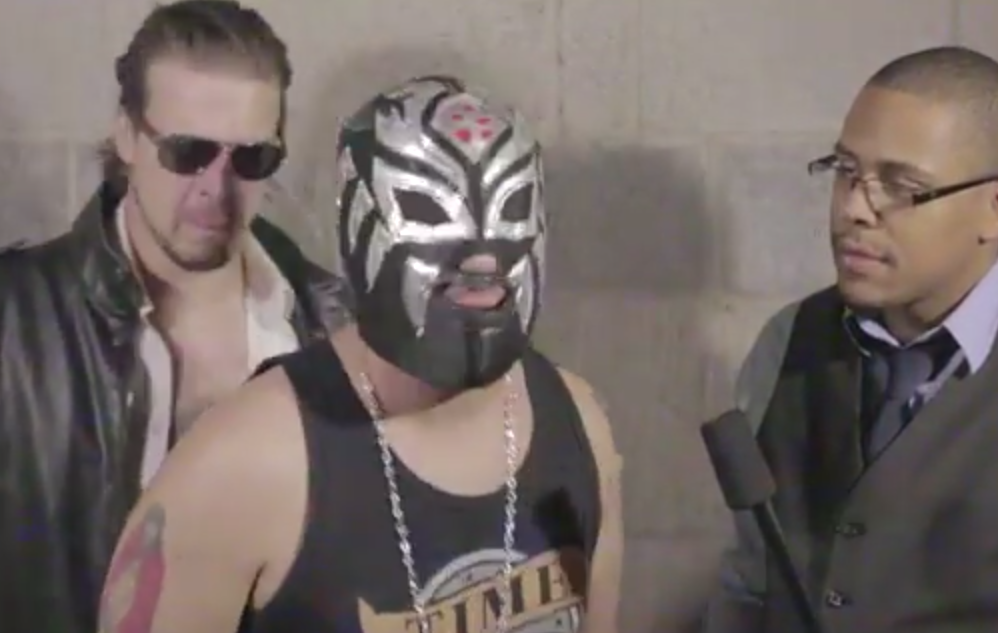 There are very few things in the this world more entertaining than a good music video, and lucky for us rising Buffalo emcee Frigid Giant has released exactly that with “I Didn’t Wanna.” Following “Shuma Gorath” as the second video off of From My Cold Dead Hands, “I Didn’t Wanna” follows the adventures of Giant after he awakens from a deep booze slumber to find himself shirtless on Hamburg beach with an empty bottle of Patrón to his side. As he finds his way through “Tijuana,” he re-ups on more alcohol at Don Tequila, meets up with guest artist MCKP, and discovers his new identity through a lucha libre mask. In between this cinematic adventure we also get some spliced in luchador action, really helping drive home the south of the border vibes. The song itself narrates a lot of the vid, and features a killer hook that is now stuck in all of my housemates’ heads. Watch the vid below, and peep the album From My Cold Dead Hands on Giant’s bandcamp here.