Everything In Waves – Echoes 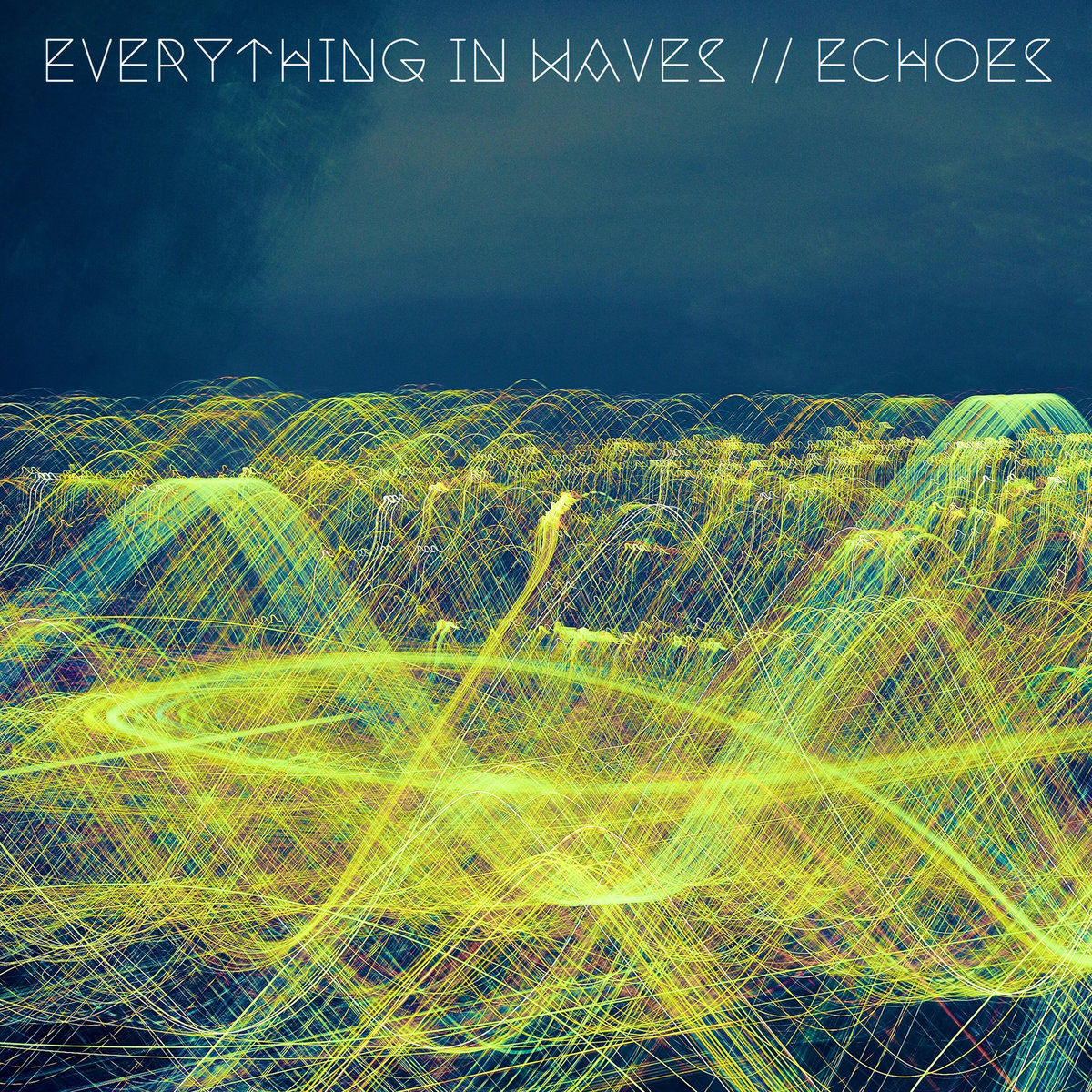 Hopes and dreams are funny, fickle things. As we get older, we start to reconcile some of our childhood delusions of grandeur. For some, this means settling peacefully into a routine 9 to 5 grind and making the most of your comfort and free time. For others, it’s an uphill battle to cling to what defines you as an individual. It may be different for the doctors of the world, but for the rest of us who have embraced our humdrum day jobs, how many of us are really pursuing our passions for employment?

Enter Everything in Waves, a.k.a Anthony Del Plato – a talented and prolific musician from Batavia with 15+ years of songwriting experience. Besides a healthy dose of inescapable hook-writing skills gleaned from the Cobains and Grohls of the world, Del Plato was raised on the atmospheric emo heroes of the late 90s and early 00s – think The Appleseed Cast and Benton Falls. His latest project is an emo-tinged collection of electronically-orchestrated pop songs, released on Deep Elm Records. A spot alongside a roster of musicians and songwriters he’s always admired is a surreal accomplishment for a hard-working lifelong musician like Del Plato.

Echoes kicks off with “Vines,” an instantly memorable song that highlights all of Del Plato’s strengths as a songwriter. Fleshed out with glitchy guitars, quixotically vague lyrics, tape-aged strings and synths, and an ungodly tasteful mix of acoustic and electronic drums, “Vines” is Del Plato at his best. Upon first listen, you’ll get hooked by the pop hooks: “On a windowsill… On a windowsill.” Upon the second and third listens, you’ll start to notice the attention to detail that makes Everything in Waves from so great. The eerily pristine mix. The curated space in-between notes. Del Plato’s crisp, lush, and sincerely perfect harmonies. This is an LP that you should listen to with a pair of good headphones and lose yourself in the details.

My personal favorite song on this album is the upbeat but urgent “78.” Set off by flourishes of electric piano, rolling tom-heavy drumbeats, and a wildly arpeggiating piano, “78” might have some of the catchiest moments on the EP – “let traffic signals count down like a metronome.” Another favorite is the bittersweet “Open Windows,” full of swung vocal “oohs” and another huge chorus. The transition from electric to acoustic drums here (1:30) is subtle but impossibly poignant.When Del Plato utters ear-catching phrases like “Murphy’s Oil” or “limestone green,” it makes you want to revisit the song to understand it’s true context.

One of my favorite parts of Echoes is that it’s packed full of slow-burners; songs that you like upon first listen but grow to love over time. Song two, “Numbers,” is simple and heartbreaking – the combination of the instrumental subtlety and the lyrical straightforwardness helped it worm its way into my favorites. “Montana Days” is another sneakily lovable song – subdued background glitches emphasize Del Plato’s surprisingly tender vocal delivery – “just a coffee cup three quarters full.”

I personally can’t wait to hear LP2 from Everything In Waves, but for now, Echoes is available now via Deep Elm Records. Check it out on Bandcamp.