Everything In Waves – Fading Out 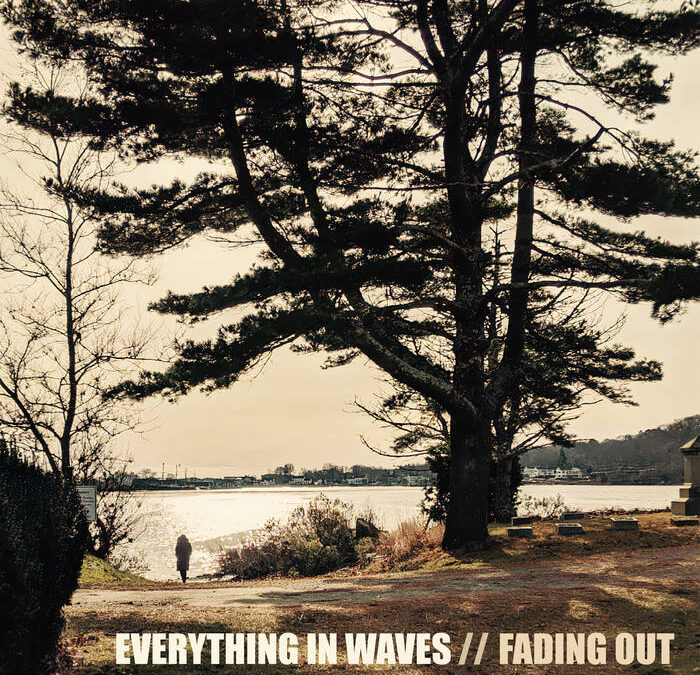 Buffalo-based one-man-band Everything In Waves is a jack-of-all-trades when it comes to gorgeous sounds. The latest installation in his discography, Fading Out, takes listeners on a self-reflective journey. The vocals and lyrics are the vehicle of this five-song EP, consisting of stacked melodies with a driving force that feels like it takes you around the world five times and back… What I’m trying to say is, Everything In Waves, aka Anthony DelPlato, was born with pipes.

Each song on Fading Out has its own distinctive concept that carries out an overall theme of hopelessness in hope itself. In Anthony’s own words:

“The title track, ‘Fading Out’, closes the loosely chronological sequence and narrates the end of this disastrous connection. The suffering, the pain, the misery, it all finally started to fade away. This is not a happy album, but one that I think we can all associate with. It gives us some reassurance that we are never really alone when we experience sadness, heartbreak and loss… Knowing that eventually, it will be nothing but just a memory.”

That type of message being conveyed by someone who produced, performed, recorded, mixed, and mastered the project they preached it on is truly inspirational. It lets people of all ages and stages in life know that everybody goes through ugly patches; even those gifted with the talent to make them sound so beautiful.

As previously stated, the album is loosely chronological and follows all the stages of a relationship gone sour. Album opener “Nature Park” finds DelPlato alone in a literal nature park, kicked out of a car and pondering how his life got to this place. The power behind this song comes in the space between the notes, rhythmic and crushing, before it evolves into a groovy ending. Conversely, “Sidestreet” finds him contemplating the simplicity of his childhood juxtaposed against the soul-crushing monotony of a nine-to-five.

Standout track “Disassociation” picks at the cracks of an already crumbling relationship. Lines like “Burning up the backbone, another weekend hollowed” bring to mind the creeping anxiety that bubbles underneath a dysfunctional relationship, so much so that you disassociate from yourself. After repeated feelings of floating outside his own body, DelPlato comes to a haunting conclusion: “this isn’t any way to live life.” “So Far Away” even examines his own flaws through the lens of trying to find a new and healthy relationship, but realizing too late that he simply wasn’t ready. It’s raw and vulnerable… But also ruthlessly catchy.

Album closer “Fading Out” feels like finality. “Fading Out” originally came out as a single July 14th of 2021 and its music video dropped the same day as the EP, a little over a month later on August 18th, 2021. The cinematic version of the song shows the visual connection Anthony has with music and his real life. After sacrificing so much of his time, effort, and emotions into this masterpiece, the only question I have for Everything In Waves is, when is the next album?

Fading Out is available now via Deep Elm Records. Stream it on Spotify and Apple Music