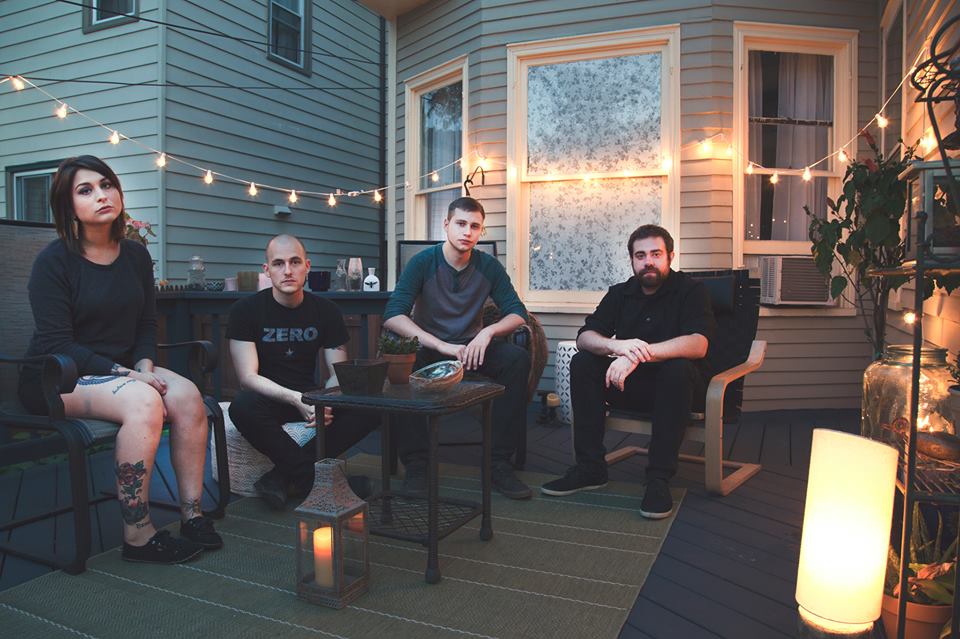 Although Cooler is an infant in band years , the group is already well on it’s way to explode beyond Buffalo’s music walls. Composed of a blend of solo artist Aileen Yates, two members of Brother Keep (Nathan McDorman and Nick Sessanna), and rounded out by former Lancer drummer-turned-bassist Adam Cwynar, the band has hit the ground running, already landing a deal with emo upstart label, NDE Records. With an EP titled 1993 coming out September 22nd and another batch of studio sessions already completed, 2016 is set to be a breakout year for the fledgling four piece.

This past week, Cooler’s grungy debut track “Cringe” hit the internet on esteemed scene blog CouchKing. Unsurprisingly, the song is all about looking back at all those things you regret doing in the past. Those moments that haunt you in the final minutes before falling asleep or the “on-repeat” moments you have when driving all alone. Fans of Bully or Garbage would dig Cooler. Take a first taste of the group’s debut single “Cringe” below.