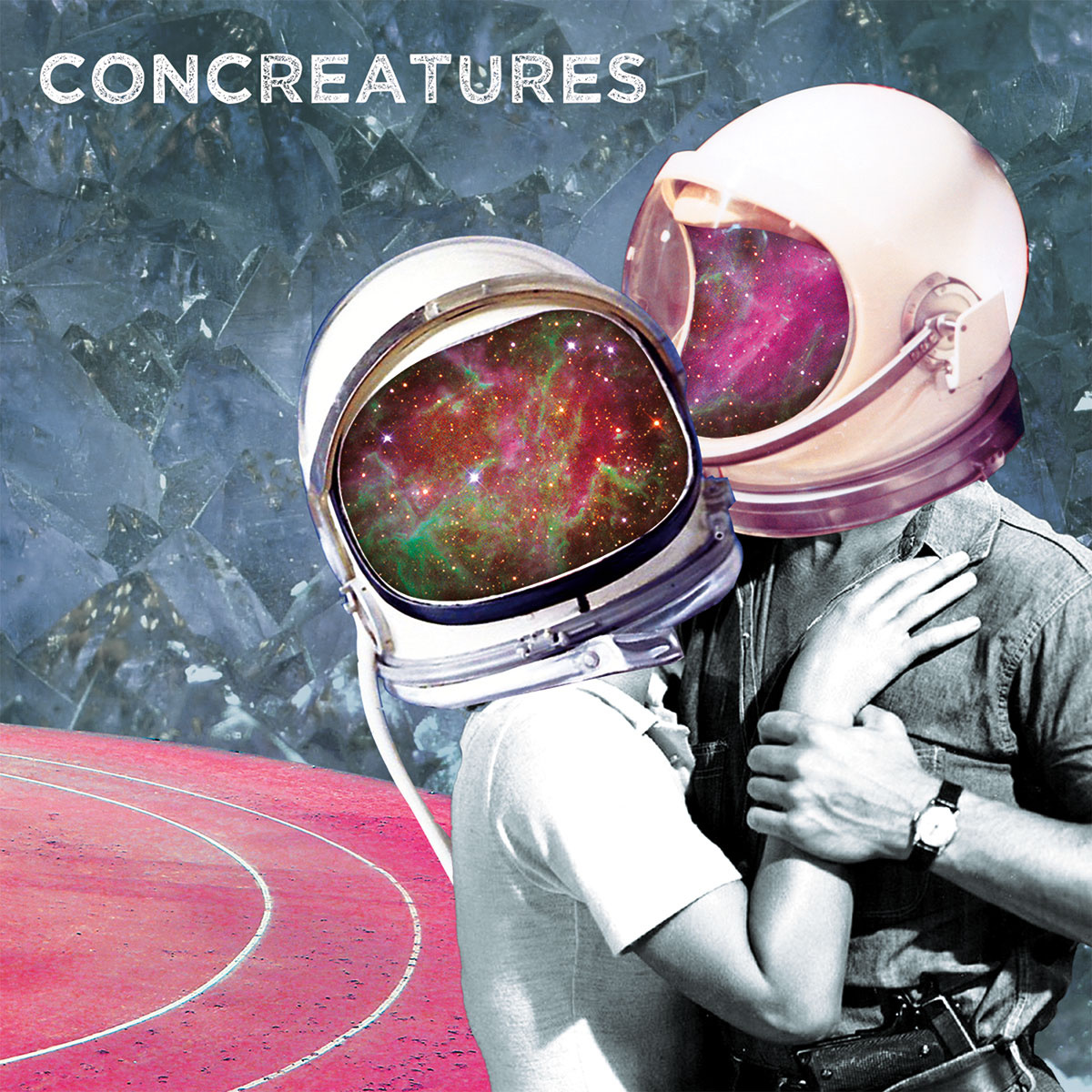 It truly goes without saying that the 90’s was an incredible decade for alternative music. Some would say it was the only decade for alternative music. The Brooklyn sludge rockers in Concreatures may have a thing or two to say about that. Their self-released debut album, Pretending to Swim, flows thick with 90’s influence but is not without its moments of contemporary bloom. The eight-track album hits hard, loud, and confident in all the right places; no doubt a modern alt-rock release to write home about.

The album opener and single “White Noise” is a straight punch to the chest. In a hats-off to heavy gaze bands like Hum or Smashing Pumpkins, the song is thick and distortion-heavy, but also pleasantly melodic in the verses. It’s moments like this that give some of the album’s songs a good sense of dynamicity–the leads may be straight-up screaming, but that’s not to say the boys don’t have a delicate side. Speaking of leads, the album’s title track is nothing short of exemplary. The rhythm section slings fuzz authoritatively while the track’s soaring leads and tamed feedback blasts provide the perfect mortar for this brick wall of a track. Other album highlights include sludgy slow-burner “Grit,” the hook-filled girth of “Sinking In,” and the razor-sharp solos in the driving final track “Tokyo.”

All things considered, Pretending to Swim is a rich eight tracks of thick 90’s bliss. At times touting some fresh effects and a few blazing bridge jams, the album is not without some contemporary charm, either. Click your way to Concreatures’ bandcamp page for digital downloads or, if your heart so desires, a gorgeous physical copy.