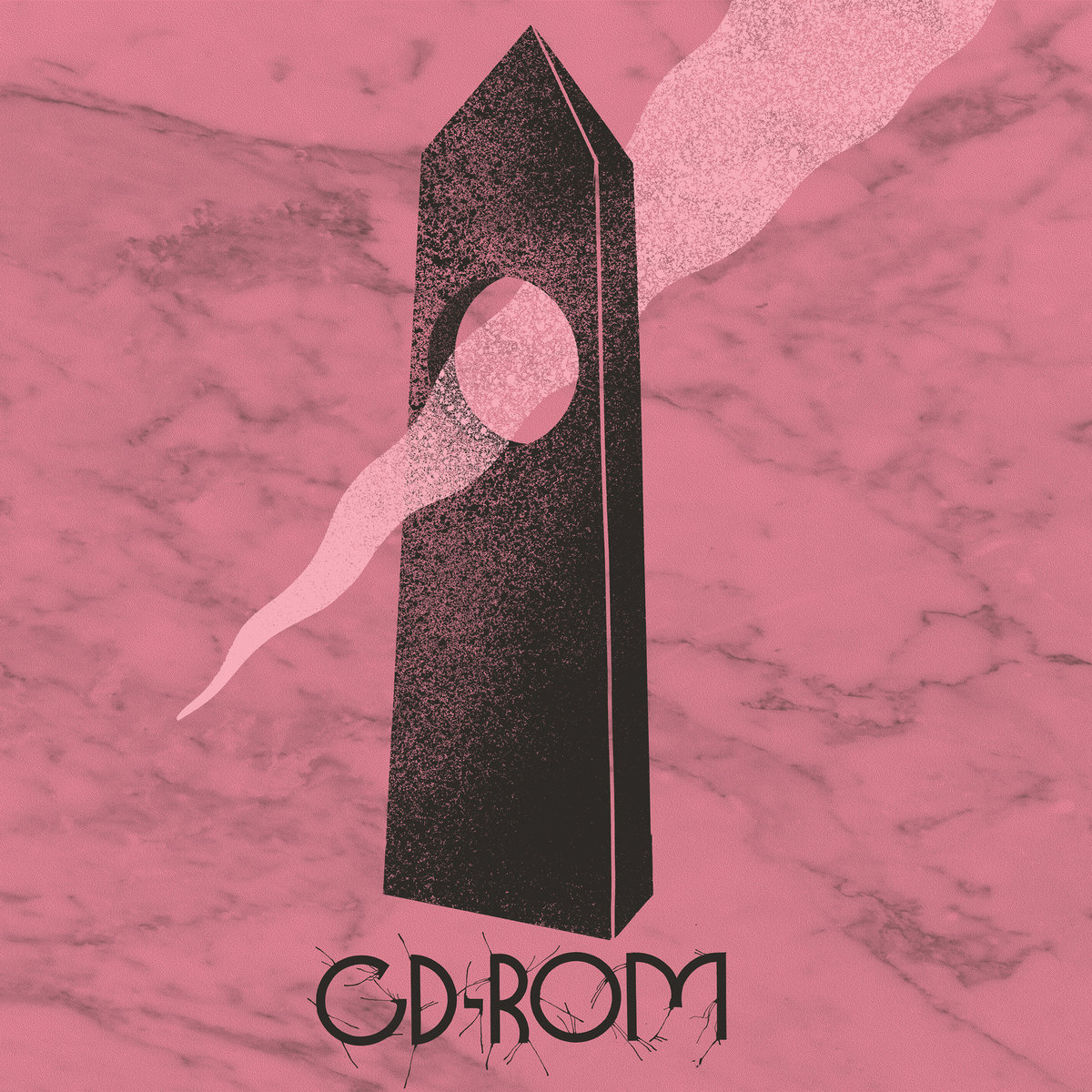 Rochester synth punk outfit, CD-ROM offer up a multi-textured and infectious on their debut EP titled, _001. Assembled together like Voltron from various Rochester bands, Green Dreams, Leus Zeus, and Sports, CD-ROM consists of Jesse Amesmith on vocals, Nate Briscoe on bass, Trevor Amesmith on drums, Mike Turzanski on mono synth, and Kevin Burns on poly synth. _001 was self released by the band on February 18th.

With a run time of almost 25 minutes, _001 is pretty dense for a debut EP, and that’s a plus because there’s a lot to unpack with this record. For one the group does not have a traditional punk set up going. There’s really not much of a guitar to speak of. Instead it’s synths trading back and forth that are backed by solid drumming that keeps the tight rhythms locked in. The bass here is really interesting because at times it’s in sync, playing the same thing as everyone else, and at other times it’s doing its own thing. Here it works, for one because the bassist can actually play, unlike sometimes where it seems like a band just needed someone on bass to play open the whole time. Secondly, because there’s less competition the synths and vocals have more room to be heard.

Most of the record dips into various genres. Like the track, “Take It Easy” which mixes elements of desert/sludge rock with a really heavy bass line that ventures into sounding like a down tuned guitar with synths that ride over top to create an ethereal effect. The track also consists of spoken word vocals, that along with all of the other elements, creates an impactful listen.

Other tracks like, “Rats Forever” and “Scamming” showcases the band’s ability to create really compelling punk songs, that are pushed along with ferocity with Amesmith’s vocals. The group also ends up balancing all of the different elements and instruments throughout the record. Having two synths may seem like kind of a gimmick but here it’s integral to the band. And as a debut EP it’s impressive that they’re incorporated smoothly. Neither being Dream Theater levels of obnoxious prominence nor receded so far in the background that you can’t even tell they’re there.