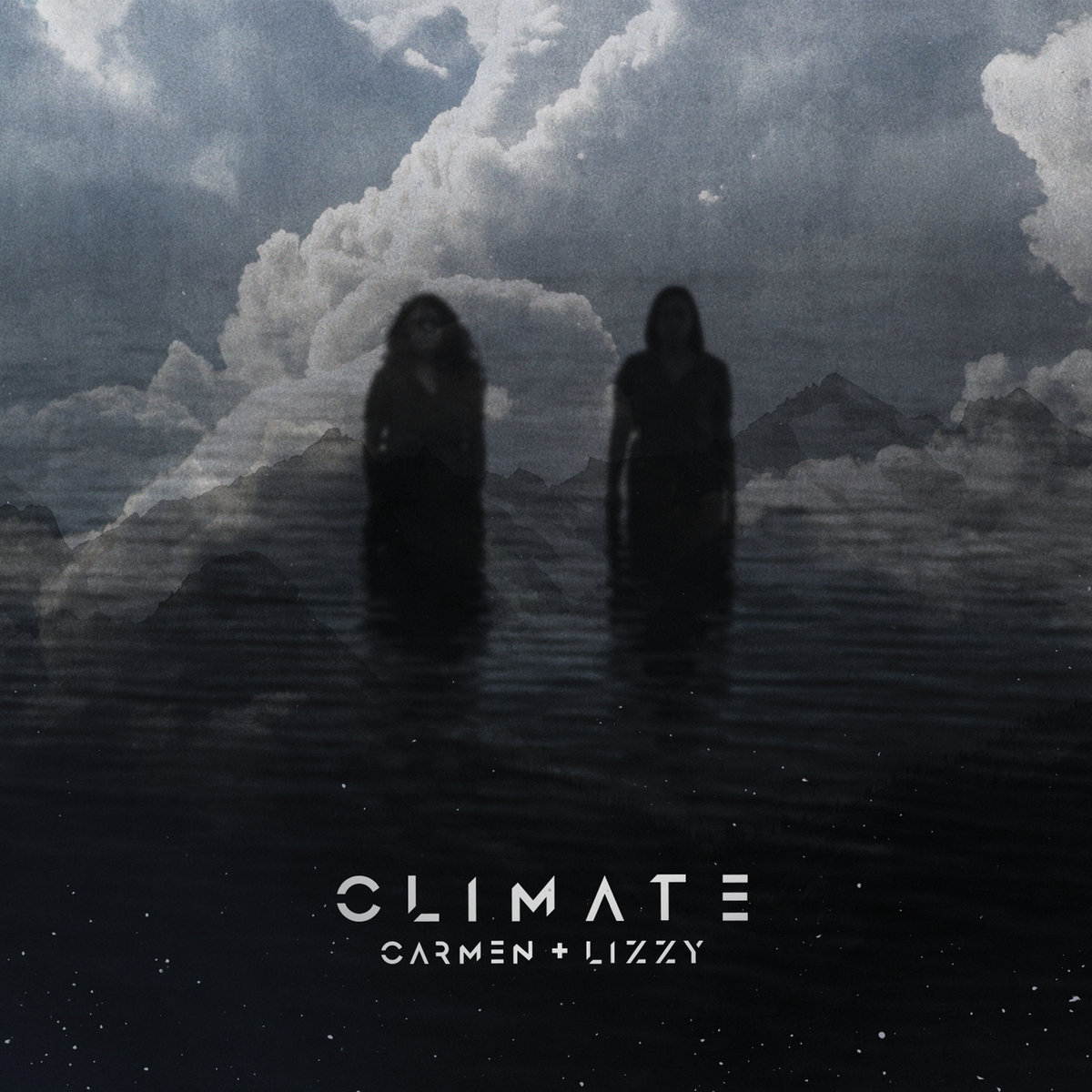 Mother Nature’s daughters have come down from the clouds with an album of tender and heartfelt songs. Buffalo’s Carmen & Lizzy, cousins who grew up together singing and playing music have released their third effort in three years, 2019’s Climate. An introspective album about their past, present, and future, Climate polishes elements of folk to tackle an ever pressing dilemma: Our Environment.

“Carry You,” a short lead off track, gently stirs the album to life with thick and warm acoustic pickings from Carmen, guitar and vocals. The message directly employs pathos with Lizzy, vocals, reassuring that the subject will always have an aid. Bridging seamlessly into the second song, “Shelter,” the album continues its message of protecting the most vulnerable. Lizzy and Carmen highlight their harmonious beauty throughout the entire track, which bolsters the compassionate lyrics, “Even if you want to hide/I’ll shelter you.” Pulling from their bag of magic, Mike Fridman, engineer of the record, momentarily isolates the vocals, giving them a haunting and longing feeling that infiltrates the listeners cerebellum.

The cousins continue to pull with two hands at your heart strings, and the emotional peak of the album comes with the fifth track, “The Fade.” As the title suggests, the song tells a story of witnessing someone change right before your eyes, and try as you may the transformation won’t halt. The anxiety filled scenario comes through with the lyric, “Chasing the sound/But I hear nothing.” “The Fade’s” mix reduces and then comes back to the foreground, which drives home the point of the song, before if ends on the harmony of, “The Fade is taking over.”

The album’s namesake, track seven, “Climate,” digs its heels into the ground and delivers true underdog spirit. More boisterous than the previous tracks, keys are used for the melody, and sharp electric guitar takes the place over acoustic picking. Soft vocals that rouse a sense of vindication declare, “You put me in my place/As if i need your help”, along with, “They keep shutting us down/For trying to change this town”. The song swells with the addition of a snare drum rhythm section and a backwards loop on the vocals that create a sense thunderstorms.

The musicianship displayed on Carmen & Lizzy’s latest album, Climate, floats among the clouds. The stories told and imagery invoked show that those clouds will also turn black. Carmen & Lizzy invoke a strong eco-folk sensibility while exploring vanguard mixing techniques for songs about the environment.