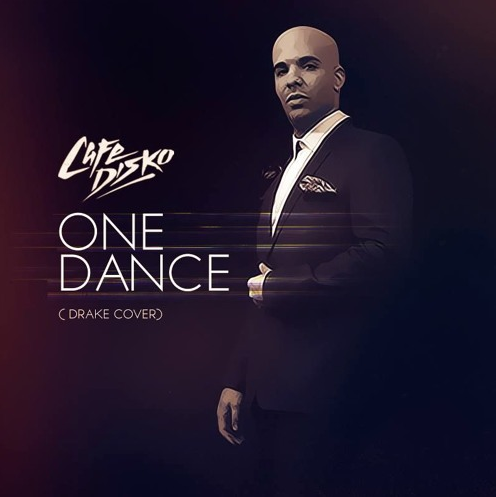 Pop music is fun to play with. Concrete melodies and digestable lyrics make for a good canvas to draw on, and that’s exactly what Cafe Disko has done with a pair of the biggest pop tracks of the year.

Drake’s “One Dance” is the most successful of the wave of tropical house-influenced music we’ve gotten from a lot of pop’s biggest players. In Cafe Disko’s hands, “One Dance” becomes an electronic disco track, with a big horn hook to accompany the original chorus. Though it starts off in a similar blueprint to Drake’s track, Disko’s “One Dance” takes off to include builds and drops, more tropical drums, and Jameson in our vocalist’s hand rather than Hennessy. Disko gives the song a club groove, rather than the unique plodding of Drake’s OG version. It is a cover, but Cafe Disko’s “One Dance” has an awesomely different sound that can be enjoyed in its own right.

Cafe Disko moves on to also cover Justin Timberlake’s “Can’t Stop the Feeling.” “One Dance” was really danced up, but “Can’t Stop the Feeling” becomes much more controlled and emotion. As a JT song, it’s a feel-good, move-your-body anthem, but Cafe Disko’s version turns it into a surprisingly raw open letter to loving your self and world.

In two tracks Cafe Disko shows off the ability to reinvent a song, and does so in two different directions. “One Dance” becomes a dance song on steroids, and “Can’t Stop the Feeling” loses the dance in favor of vulnerability. No matter what work they took on, it’d be impossible to determine what sound Cafe Disko come out with. But it’d be good. Listen to both below.