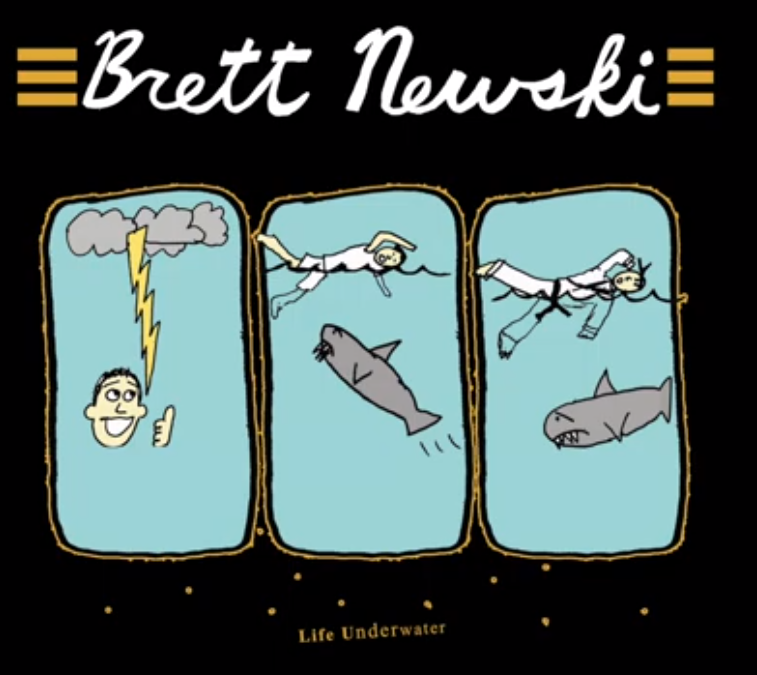 Tried-and-true 90s kid and failed hipster (his words, not ours) Brett Newski has been all around the world playing his brand of brash indie rock… Fun fact: his band is allegedly the first documented band to ever be thrown out of a Wal Mart for playing an unlicensed show. That should tell you all you need to know about his music. His latest, “Life Underwater,” is distinctly 90s influenced with overblown acoustic guitars and just-barely-peaking vocal deliveries. It’s a definite jam, and for what it’s worth, we think Newski’s personality shines through on this.

Check it out first via YouTube below – then swing by Spotify to find Brett’s entire discog.