Aircraft – 7 Gems From the Sparkling Void 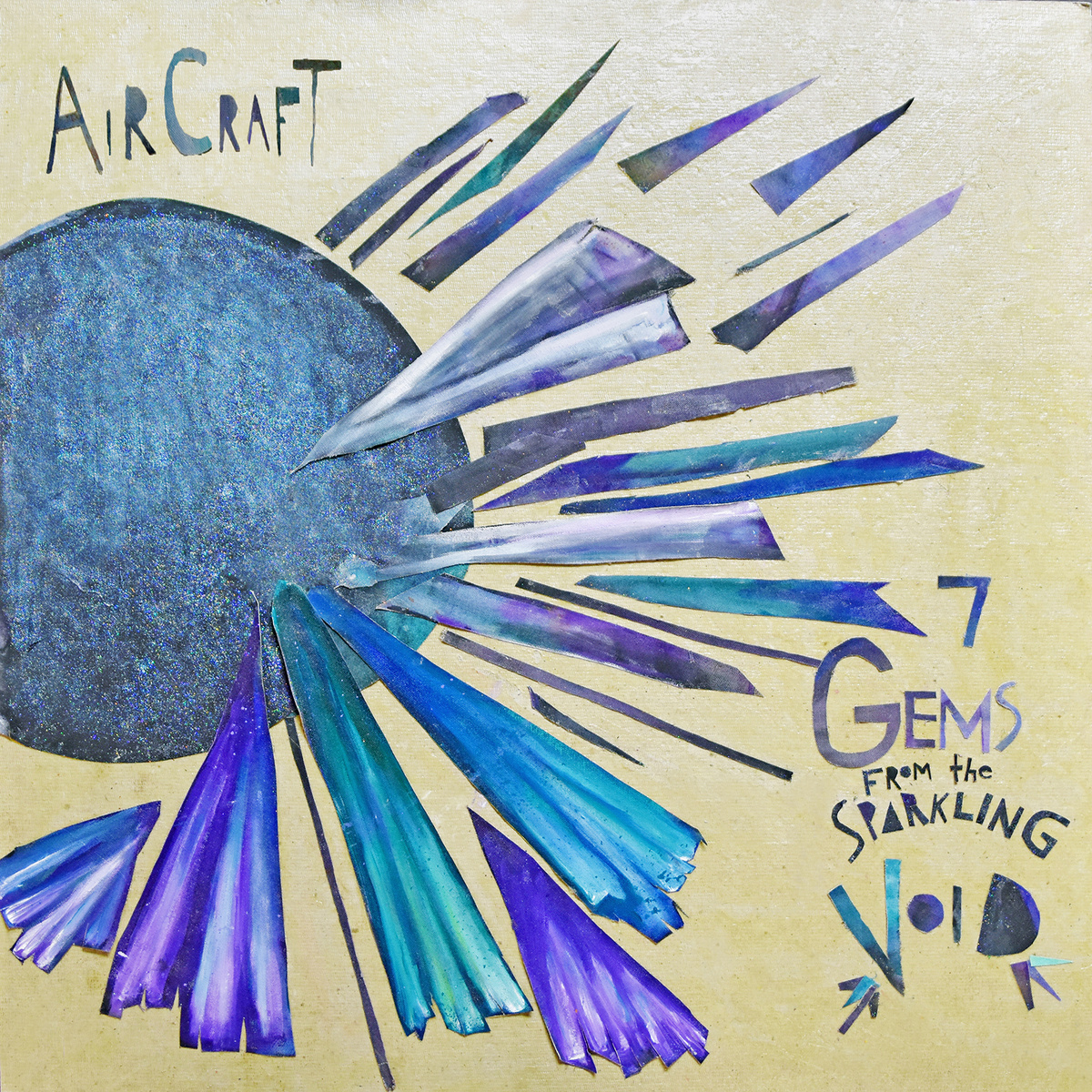 Aircraft is the band you’d picture being propelled 200 years into the future and selling out venue after venue in Saturn’s ringside (presumably flourishing) psych-pop music scene. It’s spacey, surf-like indie rock that maintains a tastefully flashy appeal, but it’s stuff that all of us earthlings can cut loose to in a grungy basement or bar, also.

The Buffalo quartet (comprised of Justin John Smith, Tyler Skelton, James Warren, and Matt Cosmann) released their long awaited sophomore album, 7 Gems From the Sparkling Void, through local label Admirable Trait Records this past weekend. It’s a neatly packaged seven song album that offers a clean sound with modish aftertastes. The album had a slower build for me, but I often discover that to be one of the greatest qualities an album can have. I found myself humming the first tune to myself by the time I got to the last and wanting to hop back to the beginning all over again.

As is the case with a lot of bands that get pegged as a very specific genre, the genre itself tends to be one of the only aspects people focus on.  It would be grossly unfair of me to reduce Aircraft’s musical value to strictly their futuristic spaceman image. Past that whole vibe, both individually and collectively, the guys are tremendous musicians that know how to write a good song. The chord changes are compelling, the effects are aptly chosen, the riffs are tight, the rhythm section drives each song forward. If you’ve ever seen them live, they have a mammoth sound to match the spaciness, which they can replicate with ease.

My two favorite tunes, “Sink or Swim” and “Nightfall,” close out the album. Both songs have these ultra yell-able choruses that, to say the very least, would get anyone pumped to see Aircraft in a live setting. Overall, the album is extremely well put together and a great listen for aliens and spacemen/women alike.