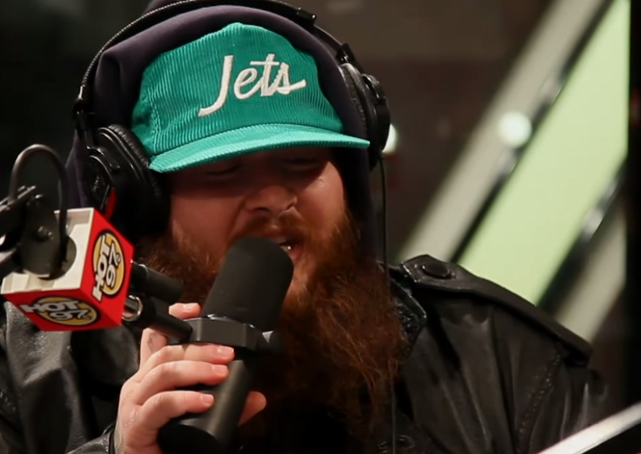 It’s not a stretch to say that Action Bronson is one of the most consistently entertaining characters in rap. Without even getting into his raps, Bronson has his delightful cooking show “Fuck, That’s Delicious,” one of the most discernible images in hip hop, and a host of viral cinematic music videos, and a partner in Big Body Bes that is equal parts annoying and likable. When it comes to the rhymes, his obscure references, negative boasts, and next level vulgarity shape up to a raw listening experience that can get you to laugh out loud or scrunch your face in approval after a particular nice line. This Funkmaster Flex freestyle sparks both phenomenon, and led the legendary radio host to say that Bronsonlini is the “nicest in the game,” due to lines like:

“If I die change my suit four times at the wake, and make sure I get my dick sucked.”

“You might see me looking homeless, hopping out the Rover, parrot on my shoulder.”

“I only deal with people that invent shit cause after rap there ain’t no pension/ I’m just tryna be the next George Foreman, invent a new grill so Jadakiss can cook the base on it.”

And my personal favorite,

“I might take a shit in some expensive jeans.”

Check it out for yourself below, and be ready when Action’s highly anticipated album Mr. Wonderful drops March 24th.