Ace of Base – “Don’t Turn Around (MONAKR Remix)” 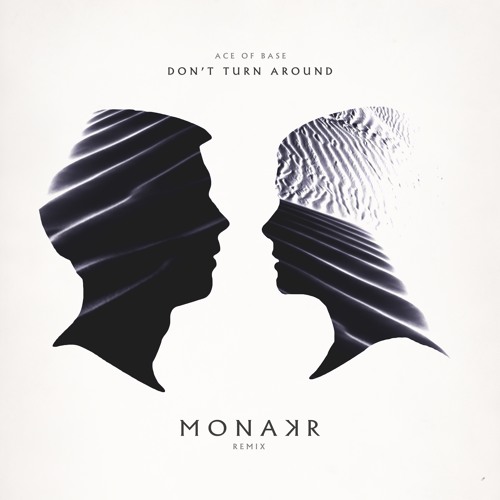 My introduction to Swedish pop sensations Ace of Base came after watching Full House. Stephanie Tanner’s band, GirlTalk (not to be confused with Greg Gillis’ one-man splice machine, Girl Talk), covered one of their singles for a talent show and Uncle Jesse got all stage uncle-y. At the time, “I Saw the Sign” was everywhere and I was happy that Stephanie’s band “made it,” as if a starring role in a show on TGIF wasn’t enough. After months (…and months…and months) of hearing “I Saw the Sign” on the radio, I finally discovered the truth. Michelle Tanner and Kimmy Gibler did not collaborate to write one of the catchiest songs of the early nineties—it was a bunch of Swedish people under the name Ace of Base.

This is important because I have a subliminal disdain for Ace of Base because for no reason I felt as though they stole from GirlTalk. This was all until I got a hold of Chicago–based rework team, MONAKR,  and their dissection and glued back together version of the Base’s “Don’t Turn Around.” MONAKR’s re-working of the nineties hit see the song take a dark  turn and evolve into an R&B dance jam.

Be on the lookout for MONAKR, because these guys have been around the block as members of the collaboration hail from Gemini Club, Hey Champ, and solo vocalist Matthew Santos (who sang on Lupe FIasco’s “Superstar.”) In the meantime, check out MONAKR’s remix of G̶i̶r̶l̶T̶a̶l̶k̶  Ace Of Base’s “Don’t Turn Around”