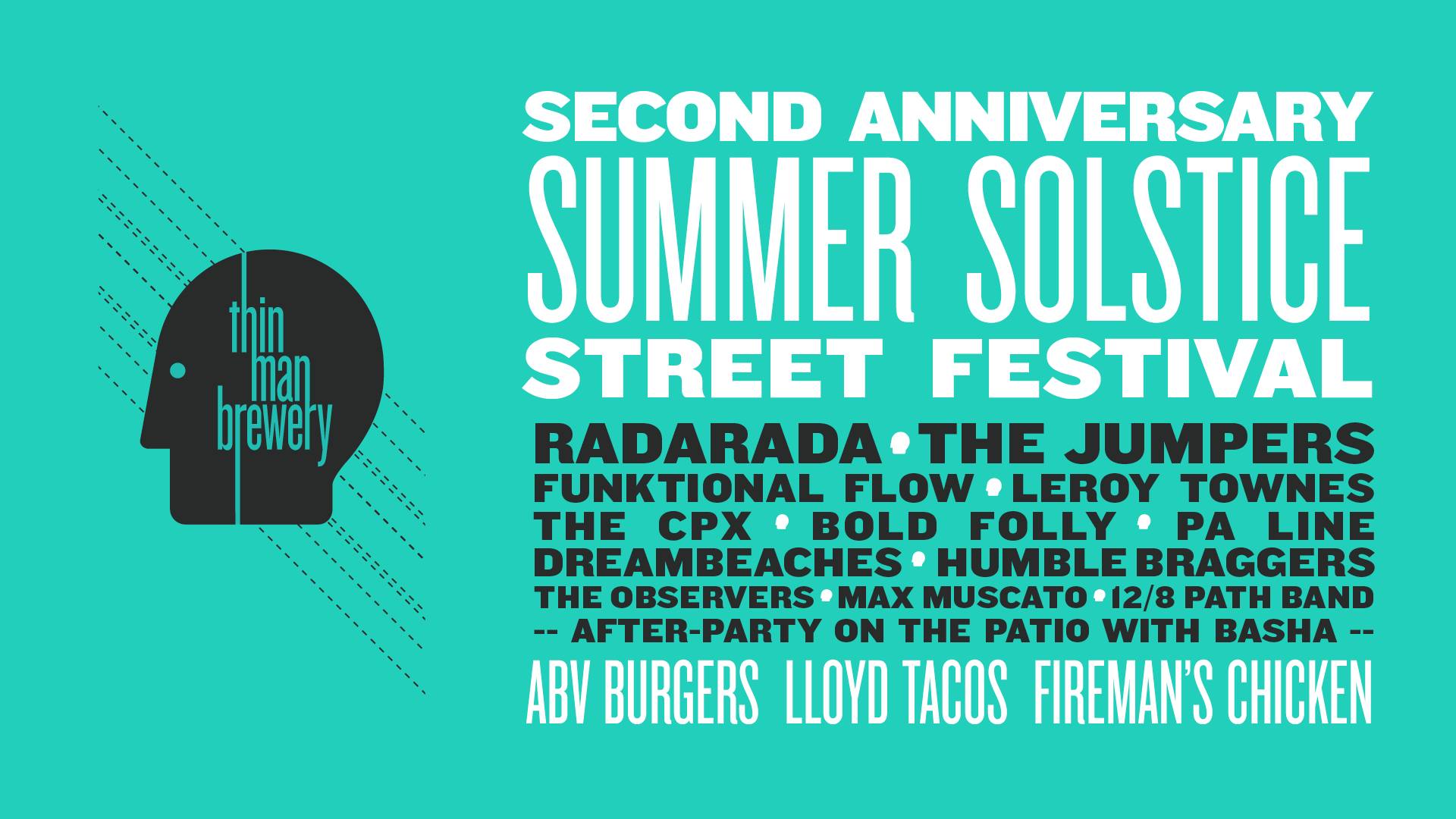 Today Thin Man Brewery celebrates their second annual Summer Solstice street festival, where the up-and-coming establishment takes over the Elmwood Village block between W. Utica and Hodge and provides ample tunes from talented locals as well plenty of craft beers to wet your whistle. Doors start at 12pm with the fun going until about 10pm. Tickets are $20 for the GA with a $30 VIP option for the high rollers.

Here are five bands we recommend checking out today, beer in hand.

If there is a community festival in Buffalo, chance are the CPX will make an appearance on the bill – and with good reason. The Americana-country leaning outfit has been in the local scene for years with their accessible sound and commanding stage presence, the CPX is a good lead-in to an afternoon of brews and sunshine.

Bold Folly are an up-and-coming hard-hitting rock band in the local scene whose sound has been evolved from a “cavernous psych rock” beginning to a angstier, louder, more angular rock and roll roller coaster that fans of Pile would appreciate.

Fresh off the release of their new single “Reckless” (dropped yesterday) Humble Braggers aim to bring their catchy electro-pop stylings to the main stage – expect 4/4 beats,  lush vocals, and 80’s synths to fill your ear drums for a solid 40 minutes. If you’re into JOYWAVE, M83, or Tears for Fears, then Humble Braggers are not to be missed.

dreambeaches are one of the most commanding acts in the local scene right now. The ever-expanding baroque pop act in the past year has gorwn from their bare bones four-piece to bringing on a string and horn section. When the band’s power combines, dreambeaches creates a dance-y, upbeat, and intricate sound that will move your feet and command your ears.

Queen City hip hop collective RADARADA closes out the night with their laid back, jazzy instrumentals fronted by a trio of charismatic front people to create the crescendo to a night of good brews and good vibes.  Dubbed by many as one of Buffalo’s best live acts, RADARADA aims to get the crowd moving with their hyper focused stage show and tag-in-and-outs on the microphone. Stay until then end, it’ll be GUCCI, we promise.