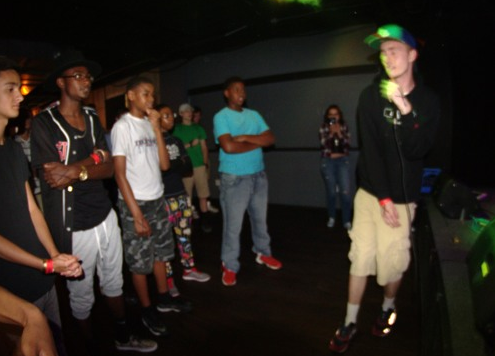 Built around a muted horn instrumental courtesy of producer Sigma, the beat is a great base for 1996 to mix his flow up. 6’s delivery is intentionally erratic, filled with fluctuations that play off the beat. When the bass pounds, his voice goes up and the hype builds and builds. 1996 does a great job on this song sticking with flow themes, like in the first verse when he rolls through “a” and “b” sounds with some nice controlled assonance. Lyrically, 6 talks of drugs and his reasons for them on lines like “Everything I do, just reflections of the ‘endo, where I’m hoping for the end-o cause the darkness is surrounding me.”

Listen to the track below, and look out for the next installment of 1996’s “Immaculate Monday.”