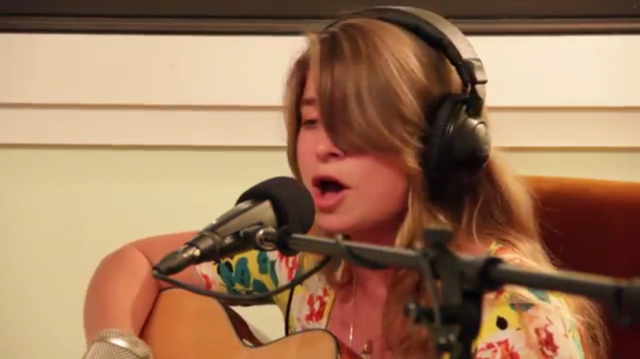 We haven’t checked in with 1809 Sessions, the live video series from the Macedon, NY studio, for a few weeks, so it was very convenient timing (more on that below) to see that the studio’s latest session features Hannah Weidner and the Doorway Talkers. You may remember the Rochester singer/songwriter from back half of 2014 as we featured her  debut LP, Comfortable Existence, as our Album of the Week. Weidner later formed a backing band, featuring members of Secret Pizza and Passive Aggressives Anonymous, and filmed a session with Jon Lewis and Dave Drago at the studio, which just hit the interwebs this week.

If you like what you see, then mark down July 25th on your calendar as Hannah Weidner and the Doorway Talkers, along with a cast of fellow Rochester acts, will invade Nietzsche’s as part of this year’s Infringement Festival. Full details on the event can be found here.

In the mean time, watch the band’s 1809 Session below.