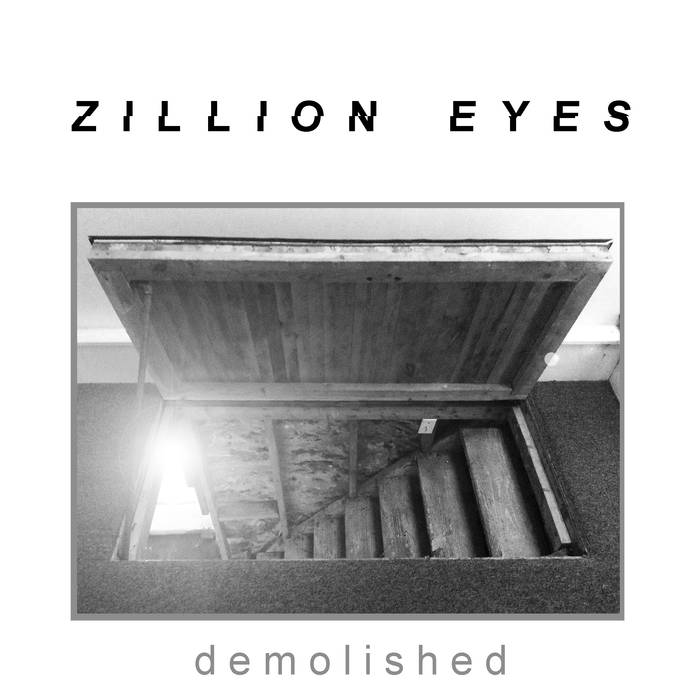 Buffalo sludge rockers, Zillion Eyes are front and center with the release of their latest, Demolished, that came out mid September. Zillion Eyes are no newcomers to the scene either, the project consists of former members of Sonorous Gale and Ancients of Earth.  The trio showcase a solid collection of heavy riffs on this five track outing.

For those that may not be familiar with sludge or stoner rock, or for those who have been all over the genre for years, Demolished is a step in a different direction from where the genre usually finds itself.

The opening track, “Splendor In The Gas,” sets the pace for the rest of the album and shows some of what sets Zillion Eyes apart. There’s a hint of a 70s space/funk vibe throughout the record that really works in setting off the atmosphere of Demolished. Combined with the slow, crushing riffs, hallmarks of stoner/sludge, the album is chilling experience, in both senses of the word.

On “Sorrowboner,” the final track, the vocals switch in and out between clean and harsh. This tonal shift keeps things interesting, setting up the final moments of the track where things slow down into an instrumental groove. It’s a stand out moment on the album, and a great way to ride things out into the sunset, or darkness depending on how you like your metal.

You can hear more of Demolished over at Zillion Eye’s bandcamp page.