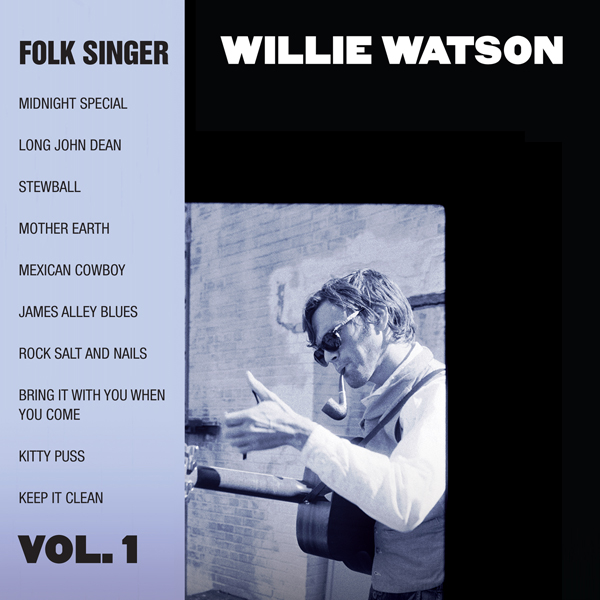 In the summer of 2012, my family traveled two and a half hours to see a musician named Willie Watson play at an anti-fracking festival in his hometown of Hector, NY. The festival was free, in a grass lot, and Willie was one of maybe eight other musicians on the day’s lineup.

An untrained eye may have glanced over the list of performing acts without a second thought, but to anyone slightly familiar with bluegrass or Americana music, the fact that WILLIE WATSON was playing a FREE SHOW just TWO AND A HALF HOURS from Buffalo was jaw-droppingly lucky.

So travel we did, to what has gone down in history as one of our favorite musical experiences. Ever.

You may recognize Willie Watson as the former co-leader of Old Crow Medicine Show. His high harmonies and skillful guitar playing gave the band the unique country sound that made everyone—including Doc Watson—stop in their tracks and listen.

People listened, and Old Crow grew, and Dave Rawlings produced their album, and they played all over the world and at the Grand Old Opry. But sometimes things happen in bands, and Willie and Old Crow parted ways in 2011. If his departure left Willie feeling uncertain about his future, it left his fans panicked and sad that we would never hear from him again.

Fast forward to 2014, when Willie’s first solo album, Folk Singer Vol. 1, finally reaches fans who have been waiting for years for something other than choppy/noisy YouTube videos (cough, cough).

To be honest, the only way in which Folk Singer Vol. 1 is different from the YouTube videos is that it has been recorded and distributed by a professional recording company. The very first note of the album lets you know that Willie picked up a guitar, turned on his recording equipment, and played. The result? Folk Singer is completely barebones. It’s just Willie and his guitar. And it’s great.

You won’t get any catchy bass lines or drum beats, no sound mixing, none of the harmonies found in his performances with Dave Rawlings and Gillian Welch. What you do get is a collection of 10 folk songs that satisfy even the slightest hankering you may have for some good bluegrass picking.

Personal favorites are “Stewball” and “James Alley Blues.” I’ve listened to these several times on YouTube, so at this point they feel like old friends. I was particularly excited to see an album cut of “Rock Salt and Nails” because it was my favorite from the Hector, NY show.

Folk Singer is a crucial first step in Willie’s solo career. The album is tight, well paced, and most importantly, earnest. Willie had to make this album good because just a few short years ago he was kicked out of a band and left to fend for himself. This album is the reward for getting through that uncertain time, and proof that his musical identity no longer needs the footnote of being a former member of Old Crow Medicine Show. He’s his own man with his own act, and hopefully has more volumes on the way.

I could continue to gush about Willie and this album, but then you may think I’m just biased. I probably am. Willie is the real deal.  Listen and see if you agree.