When Rock Stars Are Jerks 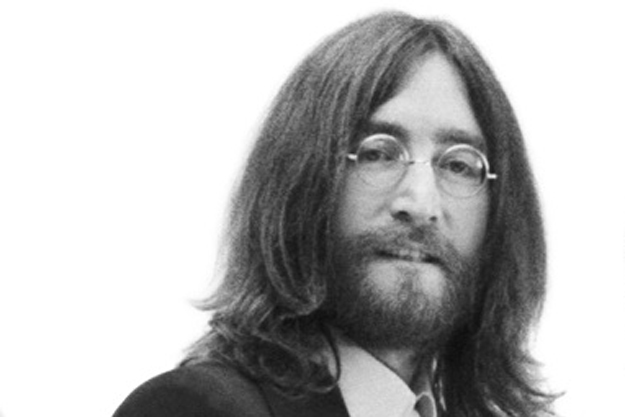 Last week, I wrote about the ongoing feud between Jack White and The Black Keys, and why I didn’t think it was anything to get worked up about – musicians talk crap about each other’s work all the time, so what if one artist you like hates another artist you like? But the Rolling Stone interview with White wasn’t just noteworthy because of White’s specific comments about the Keys, it also registered because the dude just comes off like a bit of a prick.

He just seems like a bitter guy who, considering his massive success, doesn’t have all that many reasons to be bitter. Ultimately, that was why White decided to apologize: he knew his words had left a bad taste in his fans mouths, and he wanted to correct the problem as quickly as possible. But this raises a larger question: does it matter that our favorite rock stars might actually be huge assholes?

White’s crimes in that interview were fairly minor – dude might’ve just been having a bad day – but earlier this year, we learned some unfortunate things about another rock star many of us have worshipped over the years: Flaming Lips frontman Wayne Coyne. In the bitter feud with former Lips drummer Kliph Scurlock, Coyne was accused of being abusive to other members of the band, and his reputation certainly took a hit when he posed with a Native American headdress and seemed to scoff at charges of cultural appropriation. All of this was tough to hear because for years, he seemed like one of the nicest guys in rock, and that was a big part of why so many people embraced him.

Coyne’s recent jerk-ish behavior has felt like a betrayal of sorts. For decades he’s presented himself as a kind, wise, all-knowing hippie soul man, and we rarely thought he could actually be a bit of a prick offstage. But of course, it’s surprisingly easy to put together a likable persona, especially when you have a ton of great songs to back that up. It was naive to think Wayne Coyne ever was the oracle he presented himself as when he walked on the audience is his giant plastic bubble, but the show was fun, and it was hard not to fall for the persona.

But of course, knowing that Coyne isn’t always Mr. Nice Guy actually shouldn’t affect how we view any of his music. Does “Do You Realize??” become any less poignant when you know that the guy who wrote can be just as foolish as any of us? It certainly shouldn’t. If anything, it could even take on a greater significance knowing that such beautiful words came from a man who has more than his share of flaws.

Of course, this is hardly unique: many brilliant compositions were written by people who were less than heroic in their personal lives. As lovely as “Sweet Child O’ Mine” is, it might lose a bit of its magic when we consider Axl Rose’s history of domestic violence. The same could go for any of John Lennon’s compositions, since he admitted to abusing woman when he was a young man. In a lot of ways, this is the unfortunate truth of being a music fan: the songs we love were made by people who made some terrible choices.

So, how do we resolve this? Unfortunately, some music fans choose to whitewash history. When someone makes a piece of art that brings us joy and mirth, we have a hard time accepting that the person in question might not have actually been a good person. So, we often eliminate that part of their history. Lennon’s history of domestic abuse had barely been talked about until recently, when many folks decided to permanently shun Chris Brown for his vicious assault on Rihanna, and it was hard to not notice a double standard. Brown’s abuse was right there in the open, impossible to ignore, while Lennon’s abuse existed in the form of historical quotes and could easily be swept under the rug.

Look, I’m not definitively saying John Lennon was a bad person; he did a lot of good work and activism in his life, and that should not be forgotten about, but neither should history of abusing women. In the years after his death, we wanted to make John Lennon a saint, so we avoided talking about his worst tendencies.

So, how does this tie back in to Wayne Coyne and Jack White? Obviously, neither of their recent incidents rise even close to the level of domestic abuse, but the point is, regardless of how bad their bad behavior actually is, we have no choice but to confront it. In the modern era, we often find out more things about our favorite entertainers than we’d like to now, and thanks to the internet, it’ll be there forever. The option to pretend that something didn’t happen no longer exists. So, when one of our beloved rock stars does something either foolish, or downright horrible, it’s immediately going to become a permanent part of our conversation about that person. On a personal level, I don’t have much of a problem enjoying the work of musicians who are disreputable people in real life, but regardless of you feel, what matters is, we can’t pretend this issue doesn’t exist anymore. The history of blog posts and videos-we-wish-we-hadn’t-seen simply won’t allow that.