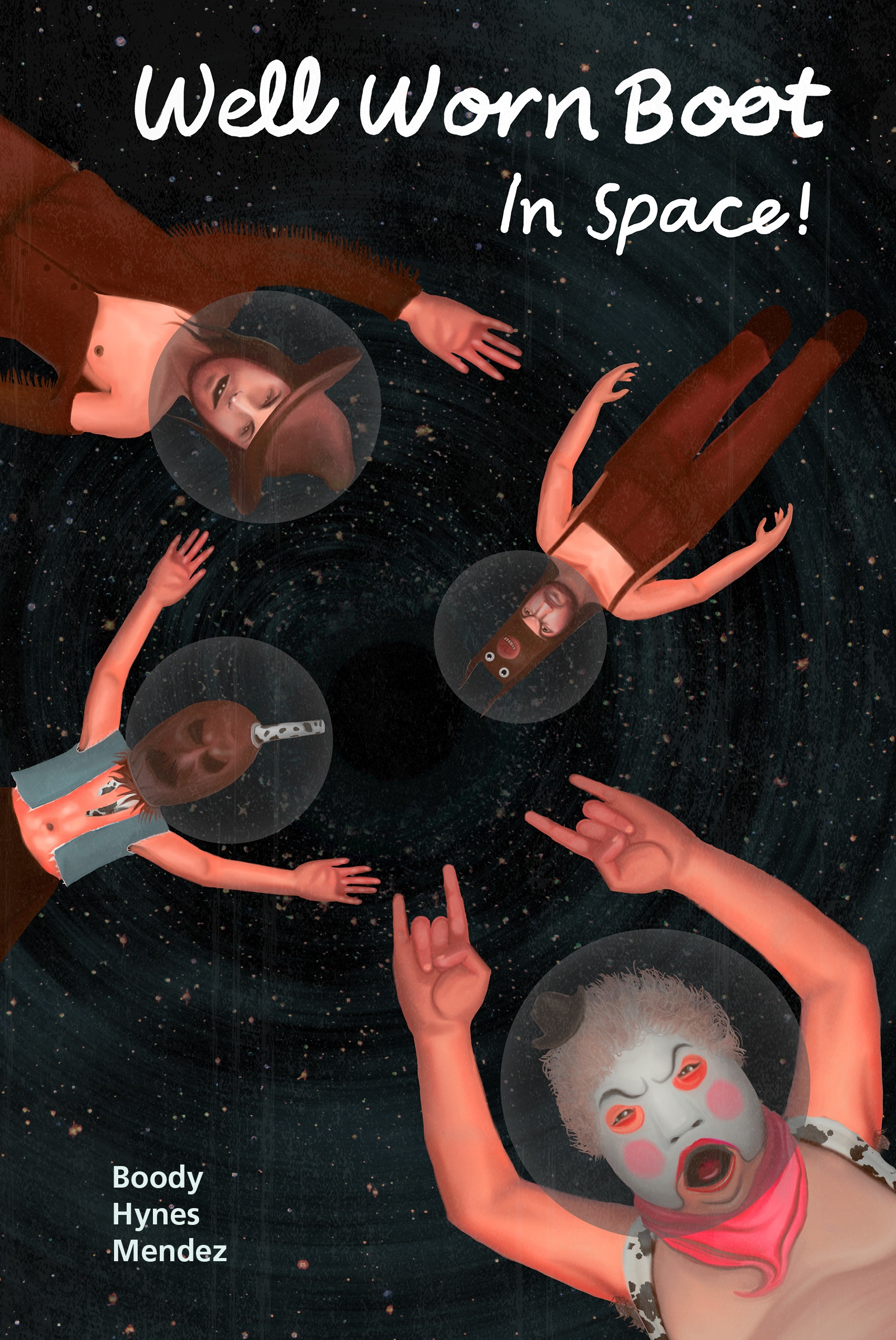 Returning from the outer reaches of the universe with a shitload of space weed, Well Worn Boot recounts their star cruising exploits in the new comic book/EP titled BOOT IN SPACE. The Boot jams out harder than ever before, and if these tracks don’t make you party your ass off you should take your pulse or check yourself into a nursing home.

Wildly heavy, funky, and of course accentuated by soaring flute melodies, the band experiments with inter-species erotica by way of alien chicks, terrorizes hot tubs, and gives an ultimatum with “Riverbottom Nightmare Band.”

Intoxicated and speeding into the future, the band is being pursued by a highway patrolman when they are abducted by aliens and launch into the crowd favorite, “Drunk on the Highway.” A run in with space jail isn’t enough for the dudes, as they party on and try to repopulate the universe before their inevitable return to Earth.

The rollicking number “Bad Habit” might be the catchiest tune, involving saunas, hot tubs, and generally being the baddest motherfucker alive. That said, there isn’t a song on the album that won’t crash in your brain after breaking in and inviting it’s friends, leaving mud and beer cans scattered all over the place.

Wait, you wanted to hear about the comic book? Get off your ass and find a copy then! Boot in Space is basically the sequel to the band’s first comic book/EP, Fully Torqued. If you were at Nietzsche’s last Saturday for the EP release show, hopefully you were smart enough to pick one up, and if not, you can probably find a copy in another galaxy, so save up some money for space travel.