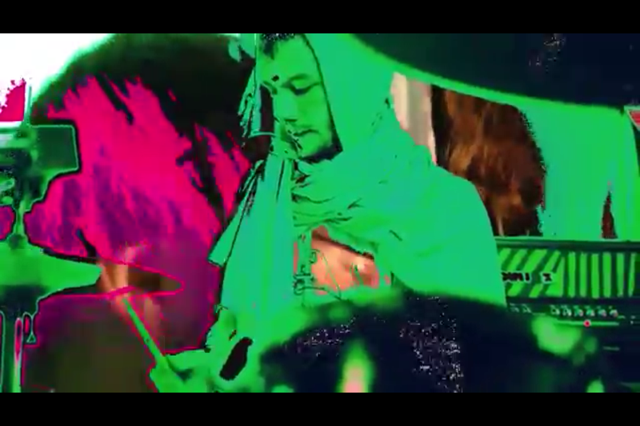 It’s been a minute since Lesionread blessed us with another Wonk Sesh clip. The green-screened series, which we co-present with LR’s alter ego, Shawn Lewis, features live performances from normally left-of-the-dial touring and/or local acts. For the latest Wonk Sesh, Lewis filmed Province noise duo, Watermelon, in the absolutely freezing attic of the Hive this past winter. The session was briefly mentioned in a Gothamist article  from earlier this year which made the city go straight bonkers. If you have fallen a bit behind on any of the Wonk Sesh series, make sure to catch up here.

In further Lesionread news, the pop artist recently performed a three-song set at Baltimore’s WJHU studio. The performance, which features live takes of “Perfect,” “Open,” and personal favorite, “Neutron Bomb” The clip, which Lewis thankfully wonkified as well, can be viewed below.

Lastly, if you want to catch a different type of Lesionread set, Lewis will be taking part in this spring’s Buffalo Porch Fest on Saturday, May 9th, at 179 Richmond Ave. The hour long, sans computer set will begin around 3pm.