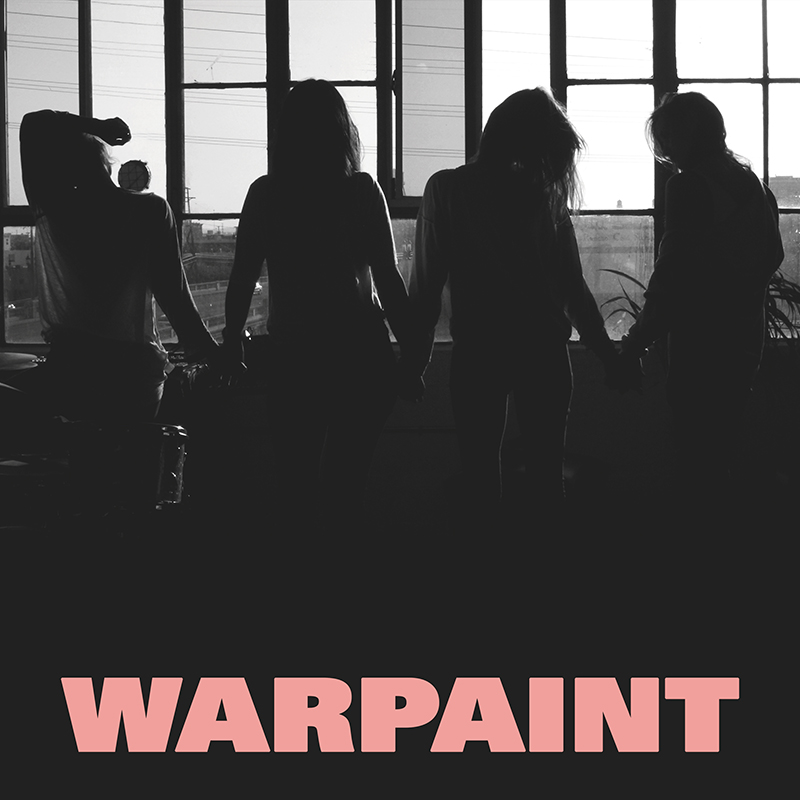 Warpaint is a sly quartet of women whose coolness seems unparalleled at times. Their style runs it’s course on you – it’s all-consuming, relaxed, sexy, slithery… Heads Up marks the band’s fourth release, with “New Song” as their debut single. “New Song” is Warpaint’s attempt at becoming a pseudo-electronica pop band. Roaring synths and malformed voices accompany typical soft vocals and a thumping bass. It’s safe the say the the chorus is catchy. A plate-y tambourine shakes on the one of every other measure serving the song as a calling card. The song eases from part to part, but maintains a form of pure excitement that consistently pulls you in.

Other necessary listens are “Whiteout,” “So Good,” “Dre,” and “Today Dear”. “Whiteout” is this album’s first. Brilliant accented drums and distant guitar coo the listener. “You wouldn’t know it but you’re really in your prime,” is a sentiment one could reflect back at the band. “Is there a question not answered in your mind? Before you know the answer, you’re running out of time,” sweet spots Warpaint’s worries in one line.  The ah’s are very unforgettable as they carry both intensity and groove. “So Good” kicks off with a ghostly drum’n’bass swing. The chorus is an amalgamation of shrill guitars, bass that bounces between octaves, and vocal sexiness that simply makes you want to get on the dance floor. A bridge oozes forth with multiple instruments taking ironic lead through distance and reverb. A final hurrah occurs with voices in the background and a cackling synth pulling the song to it’s end.

“Dre” (possible reference to the Doc) emits huge, trashy drums under pop oohs. A deep purple swirls about the blind listener. Guitar walks you forward. The repetitiveness and shushing of vocals is oddly calming. Suddenly, a solid kick and snare on two and four propel you through what is the bridge. The chorus continues until eventually augmented by a sitar-ish synth. Soon after, the song ends. “Today Dear” begins with simple, chorused acoustic finger plucking and realistic raindrops. The vocals a clearer than ever. “Why would you give up right now when you can stay and fight?” asks Emily Kokal.  The song is remarkably consistent until fade out.

Heads Up is an excellent effort by the girls of Warpaint and gets better with each listen. Check out this band if you like Kurt Vile, Dum Dum Girls, or Andy Clockwise. Listen to their single below.