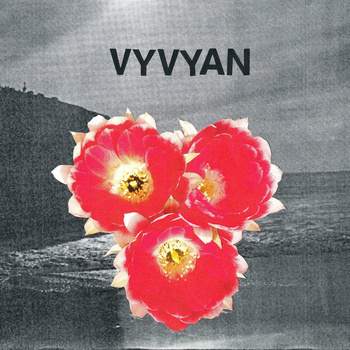 Wish I knew more to tell you about this one, but I’ll tell you what I know. Tonight (6:30, says Facebook) at Black Dots, we’ve got locals Max Weiss and The Patterns supporting Bloomington’s VYVYAN.

VYVYAN, at least, is a known quantity, in the sense that their demo is quality. Imagine a world where bands going for a 90s college rock aesthetic pulled as much from Green Day as they do from Dinosaur Jr., and you’ll be in the ballpark. I hear lots of Superchunk in the vocals, but the songs themselves are infused with more jumparound punk energy than most of that group’s output. I’d bet a bottom dollar they’re a blast to see live.

Max Weiss: I’ve never seen him live and I’ve been unable to find any substantial recordings, but I’m dumb: if you know some, post in the comments please. What I have found are a few snippets of him playing at what I believe is a pop-up gallery in Vermont, and he too looks like a lot of fun. He’s singing real stripped down pop songs with minimal accompaniment (mostly just keyboard loops, while his drummer wistfully looks on, wishing it was time to play a beat). The most important detail here: the dude is into it, and it’s hard to not  to enjoy yourself when the person you’re watching is going for it like Weiss is in these videos.

As for The Patterns: the event lists them as “melancholy punk,” and I’ve been struggling to dig anything up about them. But I trust the people at Black Dots, and you probably know more than me, so please, any info you have, post it up here.

Doors at 6 or 6:30, depending on if you believe the Facebook event or the flyer. There’s a show later in the night on Hoyt, so I imagine things will kick off early enough that people can migrate over there after.