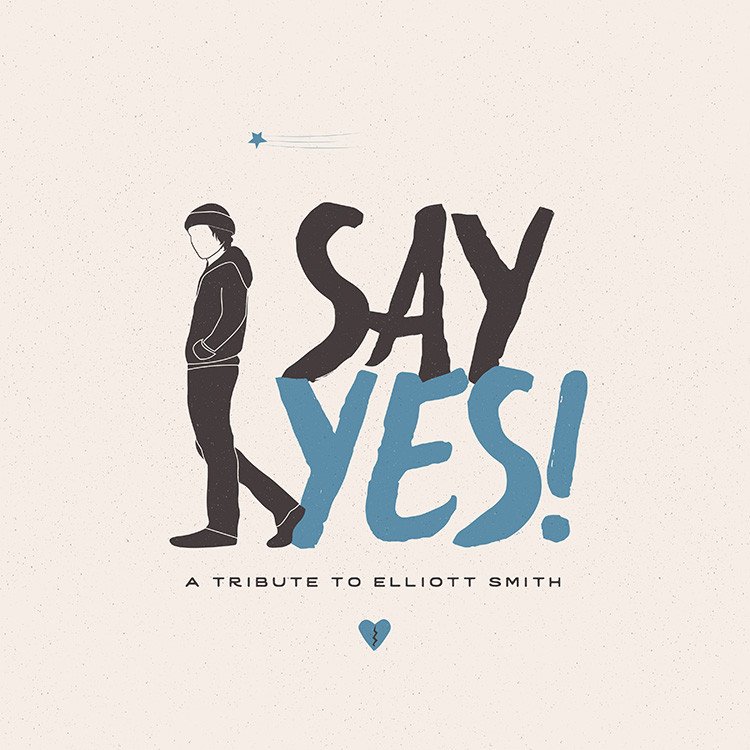 You would be hard pressed to find an artist in the indie realm that hasn’t been affected by Elliott Smith’s music in some way or another. On Say Yes! A Tribute to Elliott Smith, a collection of artists takes on the daunting task of interpreting the formidable singer-songwriter’s catalog. For this record, released through American Laundromat, a diverse group of acts is assembled, from Yuck to William Fitzsimmons. The wide range of Smith’s compositions are well represented, with new takes on everything from his most intimate hushed folk to his more symphonic basement pop.

It is impossible to put a singular label on Smith’s songs because of how intricately he interweaves genres. The soul-crushing earnestness of his lyricism is undeniably relatable, providing a broad appeal that transcends just “rock” or “folk” music. Historically, his music is so difficult to cover because it is so complex, and so perfect in the way it captures humanity. Often, direct note-for-note remakes seem uninspired, while daring interpretations seem disrespectful to the source material. Say Yes! grapples with both reimagining and celebrating Smith’s music, while trying not to fall in either of those holes.

Amanda Palmer delivers an appropriate homage to “Pictures of Me” in a bouncy piano parlor style. On the more bizarre side, Jesu and Sun Kill Moon team up for a boozy electronica rendition of “Condor Ave.” Tomo Nakayama’s close interpretation of “Miss Misery” is well executed, while Wild Sun’s take on “Easy Way Out” feels sophomoric. “Waltz #2” is completely washed over with distorted guitars by J Mascis, transforming the heartfelt classic into a grunge ballad. Julien Baker turns in the best performance on the record, truly embodying the pain of Smith’s words with an ambient and emotional “Ballad of Big Nothing.”

Say Yes! A Tribute to Elliott Smith is a valiant effort by some of modern indie-rock’s more unique voices to capture the beauty of arguably music’s preeminent voice. Many of the artists here met the challenge, while others fell to the inevitable pitfalls that accompany such a harrowing undertaking. At the end of the day, Elliott Smith’s songs still shine brightly, regardless of the success of these covers, further proving their enduring nature.