Various Artists – Coast to Coast: Recordings from the Bedroom 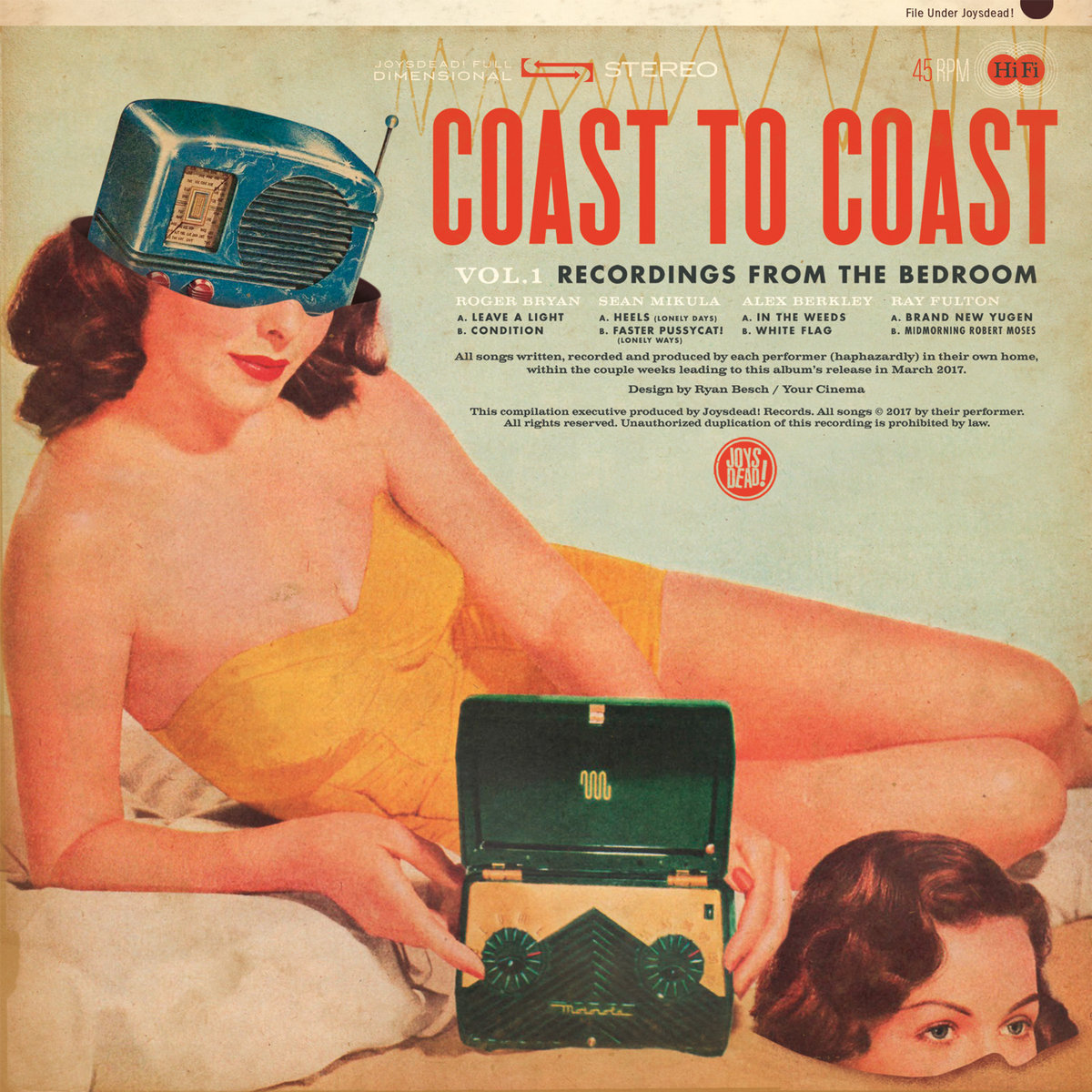 Our Album of the Week comes from four different artists this week, in the form of a starry compilation from the Buffalo-bred, San Francisco-based record label Joysdead. The compilation, aptly titled Coast to Coast Vol 1: Recordings from the Bedroom, features prominent local musicians from both sides of the country—Buffalo’s Alex Berkley, Roger Bryan, and Ray Fulton, and San Francisco’s Sean Mikula (formerly of Buffalo). If you couldn’t deduce from the title, the collection features tracks that forgo the crispness of high-quality production for the glorious little imperfections of self-recording.

The first thing that struck me about Coast to Coast is just how interpretative the term “bedroom recording” can be. All four songwriters on the compilation contributed very different tracks, making the collection particularly listenable. To Mikula, it is a method of self-recording that involves drum machines, multi-instrumentation, and synths (much like the stylings of his Buffalo baby Besnyo), while Berkley’s contribution takes the more traditional route with an acoustic guitar and layered vocal harmonies. Bryan starts things off with two tracks of lightly embellished alt-country charm, and Fulton drives it all home with a simplistic yet engaging introspection.

While each artist’s respective pair of recordings is inherently different from one another, they’re all unified in production quality. This unity adds a pseudo-nostalgia to the collection as a whole—a nostalgia for a time when production suites couldn’t be downloaded from the internet and those without thousands to afford studio time were left to make do with their fostex boxes and 4-track cassette recorders. While the tracks on Coast to Coast are certainly a cut above mere demos, they still harness that bedroom charisma that just can’t be captured on a professional recording.

Album highlights include the somber howl of Roger Bryan’s “Leave a Light,” Sean Mikula’s “Heels (Lonely Days)” and its ethereal crests and valleys, the multi-layer harmonies of Alex Berkley’s Johnston-esque “White Flag,” and the dark cerebral simplicity of Ray Fulton’s “Brand New Yugen.” All things considered, Recordings from the Bedroom is a solid first offering from Joysdead; looking forward to volume two. Check out the compilation’s opening track below and head over to the label’s bandcamp page for digital downloads.