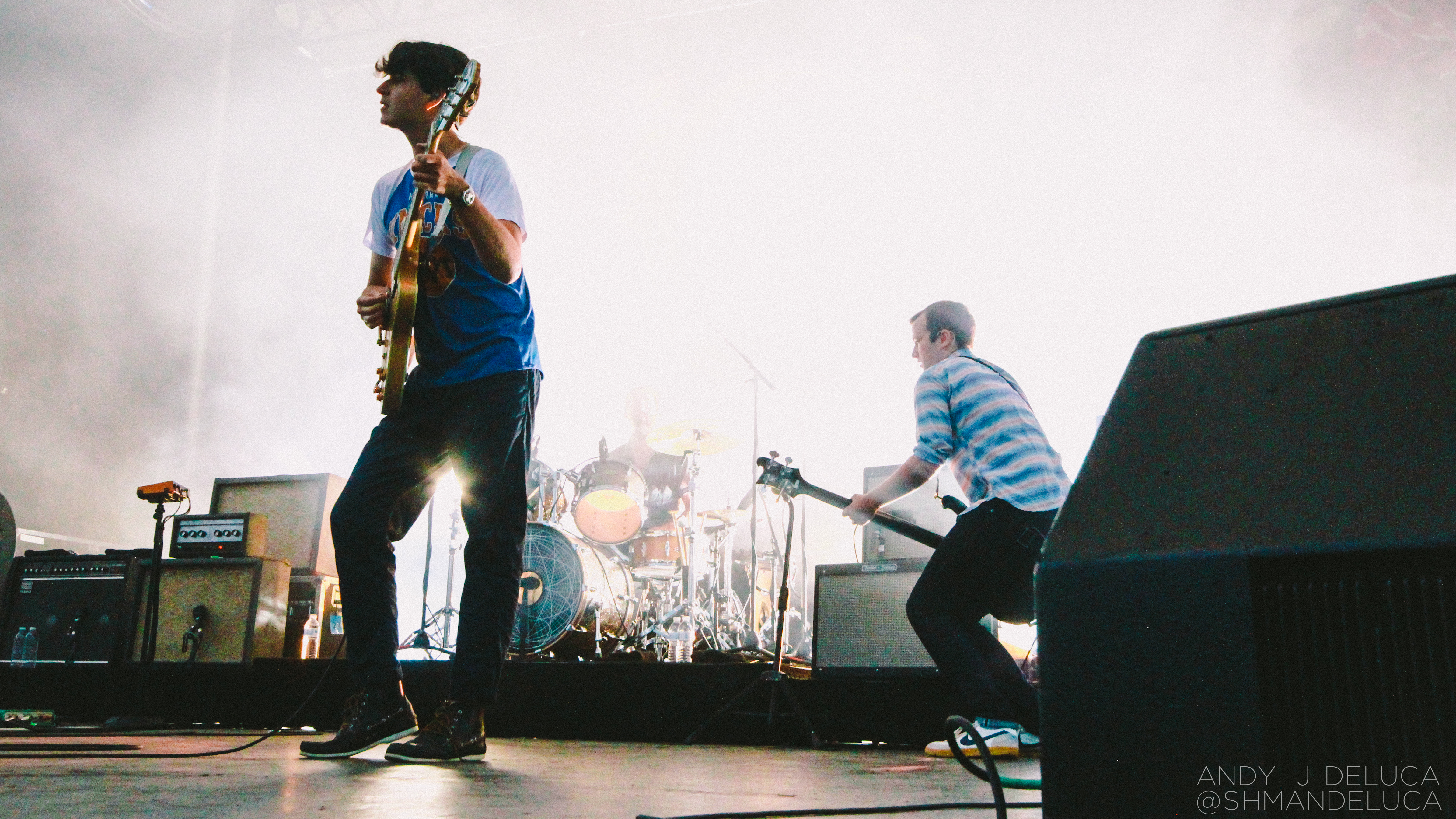 To begin with the obvious: last night could not have been a more beautiful evening for an outdoor concert. Though I apparently am Buffalo-illiterate, confusing Canalside with the Outer Harbor, a ride on the water taxi over to the event, shuttling me from one part of the harbor to the other, was more than pleasant given the conditions. With all good weather factors in place (a light breeze, moderate summer temperatures, plenty of sun), Vampire Weekend had the elements working to their advantage. The band did not squander their opportunity to shine.

After a solid but somewhat lackluster opening performance by Cults, Vampire Weekend were quick to take the audience by the throat, jumping immediately into the exuberant “Diane Young.” Frontman Ezra Koenig, despite maintaining a Twitter account worthy of a stand-up comedian, is straightforward on stage, keeping banter at a minimum, diving directly into his songs. Vampire Weekend require no banter to entertain, however, and entertain they did. The crowd, with its drunken teenage dancers and more conservative head-bobbers in plaid, was alive and responsive. 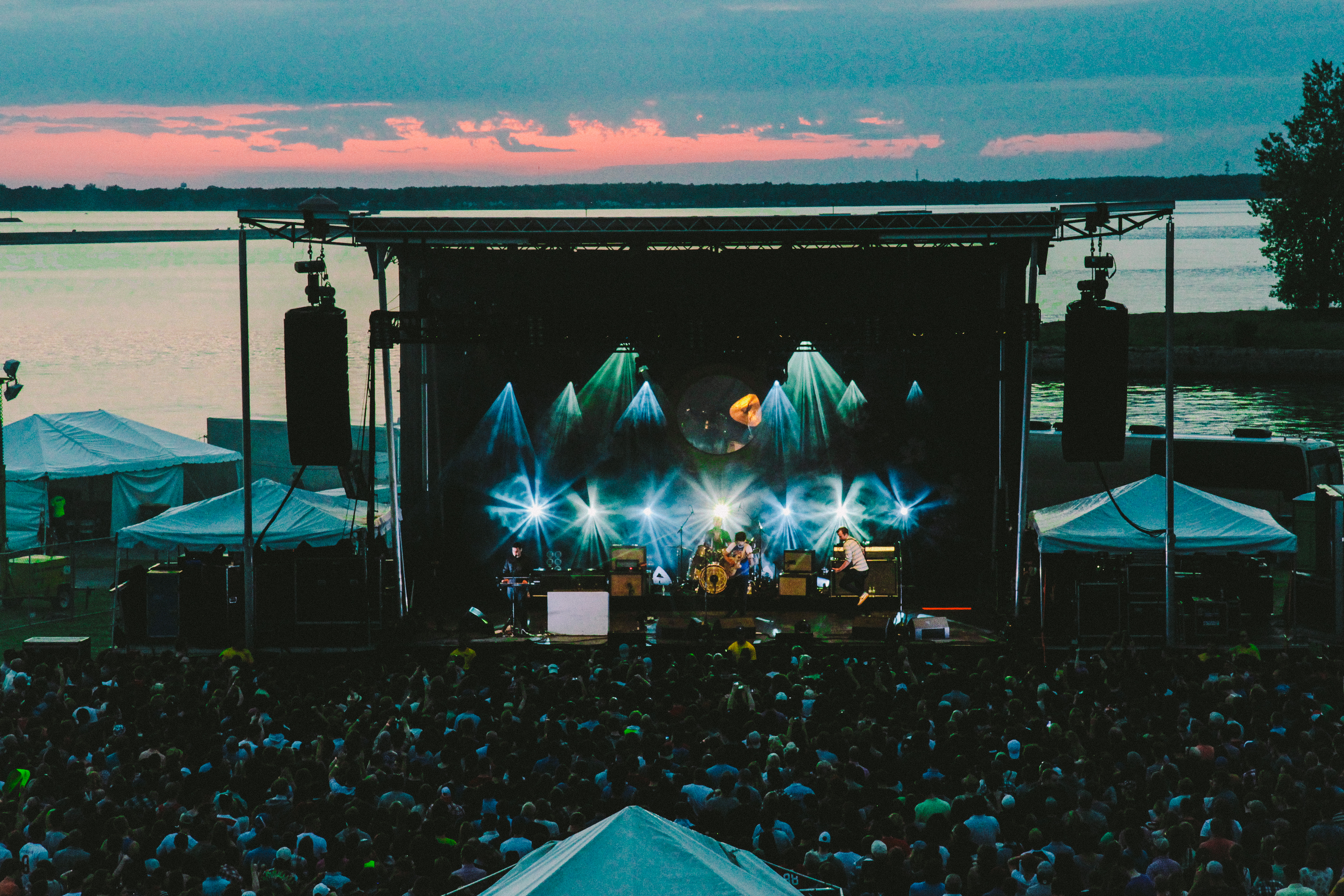 I caught Vampire Weekend earlier in the Modern Vampires tour during their stop through Rochester. Though their set at the Outer Harbor proved roughly the same as the previous show, the visuals and use of sonic segues felt improved. A massive mirror behind the stage served as a broadcaster of both standard rock concert imagery (flowers, stars, tunnels) and distinctly VW-brand content (a chandelier, a composer’s bust).

The quality of the sound at both events was pristine, perhaps even sharper and clearer in Buffalo. While the rhythm in “Ya Hey” was slightly inconsistent last night and Koenig appeared to cover a lyrical mistake in “Oxford Comma” by extending the song, the overall experience was one of raw joy. By the time Vampire Weekend closed out a fairly short encore with “Walcott’s” sprawling piano, the audience seemed like an enormous human grin. 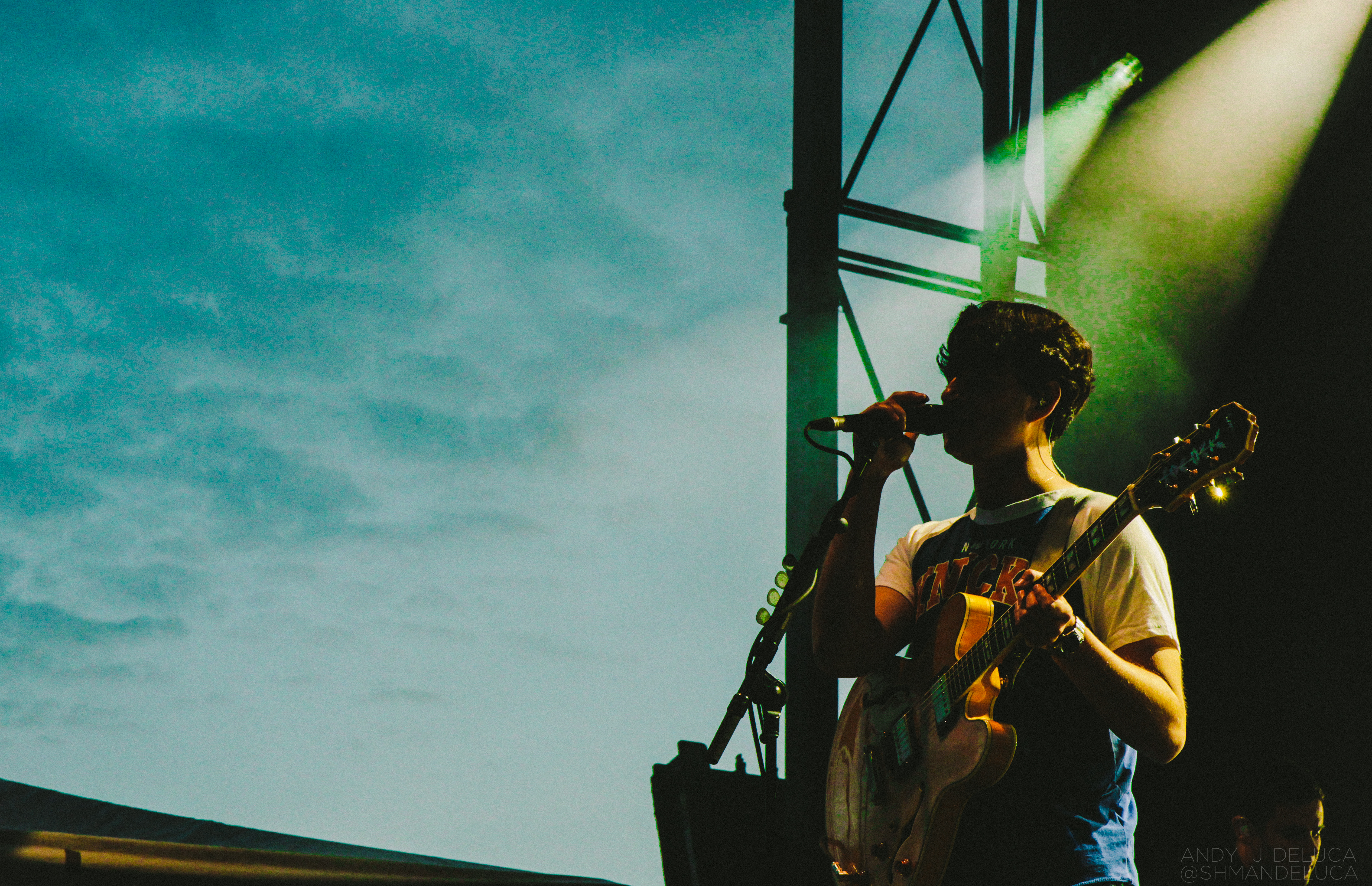