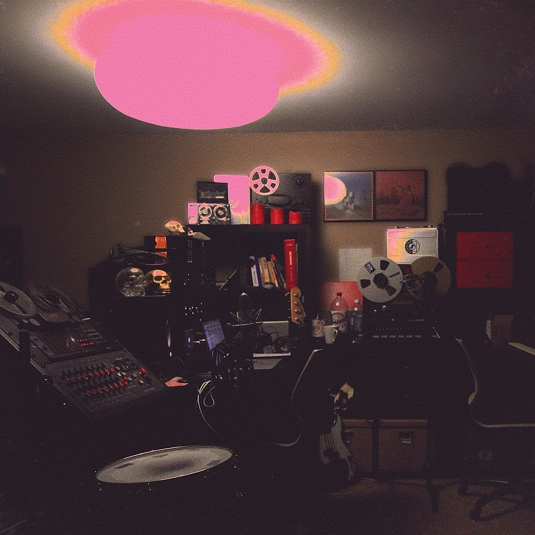 Love is a topic that has been represented in music countless times, and there is no doubt that it will stay that way for years to come. It is also one of the most influential emotions, making you feel so many different and drastic ways, many times leading to an artistic release. In this case, New Zealand’s psych-indie rock outfit, Unknown Mortal Orchestra, shares its take on love’s many complications with the new album, Multi-Love.

The opening vocals on the title track are a great indicator of what’s to come. Lead vocalist Ruban Nielson floats in over some simple keys and croons “Multi-Love / Checked into my heart and trashed it like a hotel room.” In general, Neilson tackles the topic of love as a whole (not how love can make himself feel, but how it can make anyone feel), and he does it in a way where he is seemingly addressing one person. Throughout Multi-Love, Nielson’s vocals seem to play a larger role than in past releases, pushed farther up in the mix, showcasing his vocal talent. His soft voice seems to be used not only as a tool to aid and flow with the instrumentals, as it seemed to be in the past, but to take charge and express his feelings.

This is by far Unknown Mortal Orchestra’s most sonically pleasing record to date. The band has stuck to its guitar rock roots, but have added a plethora of new sounds to a growing repertoire. The record features strong psychedelic roots, as well as elements of R&B, Latin, and funk, all while being able to find the perfect mix in the band’s sound which nicely straddles lo and hi-fi. Whether it be the soulful R&B title track, the psych pop gem “Stage or Screen,” or the disco influenced “Can’t Keep Checking My Phone,” this record is a fairly eclectic experience from front to back. The instrumental and vocal hooks and melodies are absolutely on point on nearly every single track, making each song an individual and memorable listening experience.

One of the strongest moments on the album comes about halfway through on the track “Extreme Wealth and Casual Cruelty.”  One of the album’s only “gloomy” sounding cuts, the song is a sonic departure from the mostly R&B and psychedelia tracklist. Incredibly lo-fi in instrumentation, Nielson’s voice follow suit, drenched in some sort of strong effect that breaks down its soft delivery, in a gritty, Elvis Depressedly way. Almost halfway through the track, the vocals are cut by a soaring saxophone solo, and then hypnotically eased right back in.

On Multi-Love, Neilson made it clear that this collection of tracks was not a chronicle of his love life in specific. He rather wrote these songs about the listener, of love in general and music in our world. Unknown Mortal Orchestra really hit the nail on the head with how they presented these fairly depressing ideas, lacing with some absolutely incredible hooks and powerful, soulful lyricism, all while making you tap your feet at the same time. Coming from someone who has always felt pretty neutral about the group, Multi-Love came as a wonderfully pleasant surprise.