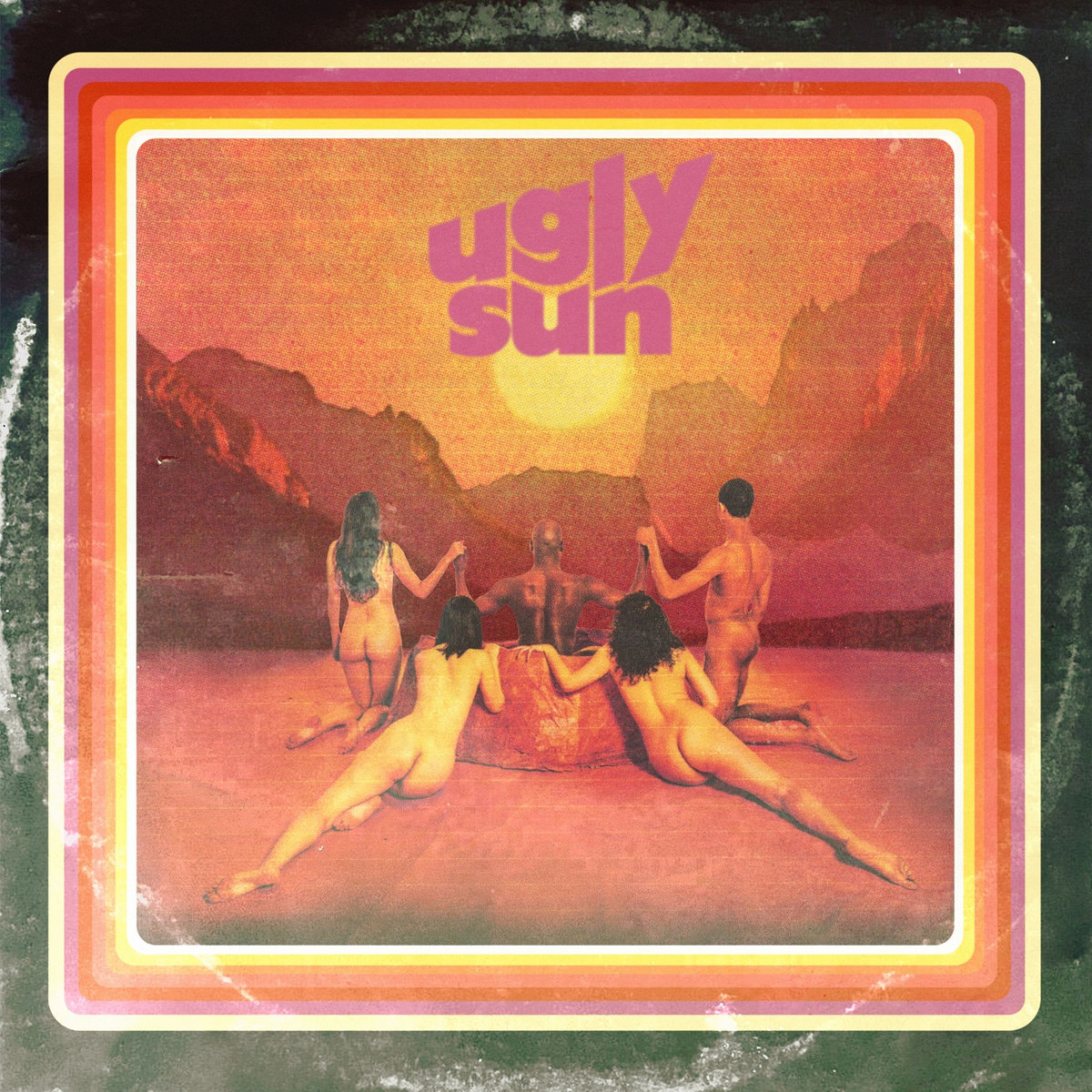 Crunchy, sweaty, rock-n-roll that should be played to summon demigods or while making sweet love under the desert sun has landed in Buffalo. The Crook brothers, John and Harrison, formed the rock duo Ugly Sun and have showed us the portal to a good time with the release of their first album, self-titled, Ugly Sun.

The tone of the album begins at the cover. A desert sun setting behind mountains, spends its last few minutes shining down on a group of presumably nude females. If one downloads their album from Spotify, the figures will be blurred. However, I am hard pressed to believe that the brothers made that decision themselves, since their attitudes align with consistently pushing their creative boundaries.

“Little Fire,” the album’s first song, and first released track, begins with an airy guitar melody that steadily builds until it combusts into a full on arena rock guitar lick reminiscent of Nazareth’s “Hair of the Dog.” John Crook, bass and lead vocalist, delivers a flawless howl recounting possibly the steamiest of romantic encounters, as the proof is put on display front and center, “I’m hangin’ by a thread when you lick it up.” After a short and sweetly stripped down bridge the song’s chorus roars to life with rock ‘n roll tricks that always deliver; crashing cymbals, steady tambourine, and layered vocals.

The hard pounding train carries on in the second song, the beautifully sardonic “Bury My Soul in the Garden.” Beginning with a dry and chugging drum beat by Harrison Crook, John sings about a story of becoming seduced by a beautiful maiden. When it appears that he will succumb, the chorus delivers his final wish of benevolence, “Bury my soul in the garden/Bury my soul where the flowers growin’/Let my roots dissolve by the morning.”

The black sheep song on the album most definitely goes to the fourth track, “Sweet Wine.” In a group of hard rocking groove based jams, “Sweet Wine” pleasantly highlights the brothers’ ability to craft a tender and sonically beautiful tune. Piano takes over as the main instrument, while vibrant single guitar strums mark the song’s accents. Any doubt that the lyrics could not move beyond lust based sex disappear with the first line. “Soft warm rain/I had spoken your name/Now our skin feels the same,” sung with layered vocal tracks gives off a comforting vibration, and conjures up an image of sincere intimacy and connection.

For those who still crave the rock’n roll, fear not, for the album’s closing track “Referee,” reminds the listener of Ugly Sun’s main objective. Shake some sweet booty and get sweaty.

The album takes you on a sonic journey of ZZ Top styled blues guitar riffs with a very tight and crisp drum sound, which have been methodically pieced together by the emotional engineer of the group, brother Harrison Crook. John’s vocals, warm and strong, like whiskey in an old town saloon, tell a story that gives a hint that Ugly Sun have made a concept album. Art is always open for interpretation, and it’s up to you to decide, but I can only hope that the cover you see is not blurred out, because Ugly Sun have created a truly great rock record.