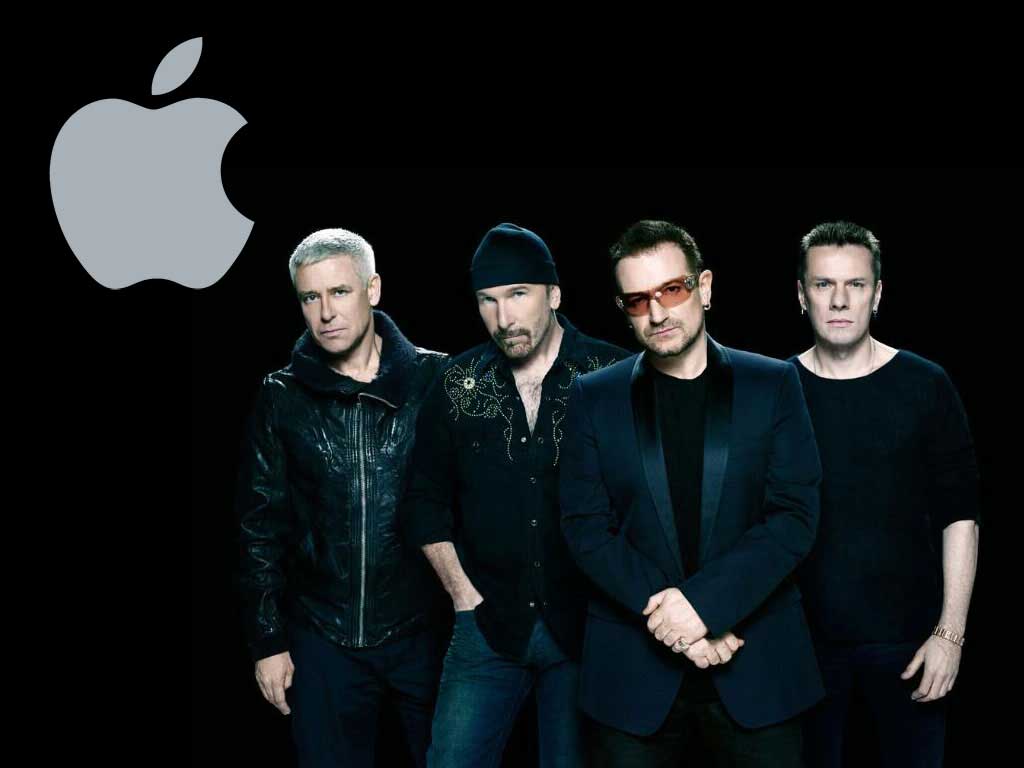 Last week was a bummer for a lot of U2 fans when the Irish band gave away their latest album, Songs Of Innocence, by heavy-handedly and shamelessly jamming it into everybody’s iTunes accounts. Listening to the dud, talking to other U2 fans and finding out that they too think it’s a dud, and seeing the album’s poor reception by critics, millennials, and Tyler the Creator has been sobering. What’s always been interesting about U2 and their grand gestures going back to the beginning is that there’s always been a few grand failures along the way, but this time they went too far. They’ve become a punchline… and spam that everybody wants to delete.

And for this longtime fan at least, three duds in a row is enough and the end of the line. I know some fans are into Songs Of Innocence, but one gets the sense that those fans are talking themselves into it, which is never a good thing. Poor David Fricke in Rolling Stone even went so far as to give the album 5 stars, an act of desperation so blatantly obvious that it hurts. But how did it come to this? 12 years ago, U2 were at the top of the world and seemingly beloved by America, especially after 9/11, and 5 years ago the U2360 stadium tour was a resounding success, at least financially, but now in 2014, U2 has never been less appreciated or popular. Where did it all go wrong?

Where is tough to answer, but the when is easy: 2005, when U2 first got into bed with Apple, schilling both iPods and their How To Dismantle An Atomic Bomb album in a dubious yet successful attempt at cadging a boatload of cash as well as some cultural relevancy in their fourth decade. But the warning signs were visible as early as 1988 and the band’s Rattle And Hum album and film, a preposterous miscalculation that sent the band into a full retreat at the end of the 80’s. Following the band on their big tour of the USA for their seminal classic The Joshua Tree, Rattle And Hum  features the band hobnobbing with BB King, covering The Beatles, getting their Elvis on at Sun Studios, and speechifying humorlessly while shamelessly juxtaposing themselves with genuine icons of rock history to the chagrin of critics and some fans. What really should have been a home run consolidating their position as the preeminent band of the decade became something else that backfired badly, and instead, U2 had to hide in Berlin and Dublin and come up with something to win our hearts all over again, or crap out.

Of course U2 returned with Achtung Baby and the Zoo TV global tour, winning our hearts all over again with one of the best albums of the 90′s and a media art meltdown live extravaganza that poked nascent cable TV news, celebrity media, capitalism, and the 1992 Presidential Election in the eye, and made the once proudly uncool band totally cool. They even used their obligatory “recorded on tour” album to put out a true masterpiece in 1993′s Zooropa. For 3 years, U2 could do no wrong: albums, tours, videos, interviews- everything they did came up FANTASTIC, which is of course why this was the band’s artistic zenith in retrospect. At the time it even kind of felt like it was the band’s moment, as if everybody kind of knew that they’d never top that run, and I suspect that nobody felt that more than U2 themselves. That’s why they almost blew themselves up all over again at the end of the decade, requiring another reset in 2000.

After the failure of 1997’s Pop album and Popmart tour, the result of the band booking their tour before finishing the album, hurriedly finishing the album instead of rehearsing for a mega hyped tour, and badly undercooking both, the band saved their bacon again with the 2000 All That You Can’t Leave Behind and 2001 Elevation Tour, a studied return to form that restored their place in the music and cultural firmament. By early 2002, U2 seemed to be America’s Band again, even performing during the Super Bowl halftime show, delivering an emotional and brilliant tribute to the victims of 9/11 (during the bloody Super Bowl!) that once again suggested that U2 could do no wrong. Naturally U2 would follow this up a few years later with their first dalliance with Apple.

Which essentially brings us to U2’s recent epic fail. In the last 10 years, U2 have become businessmen, with each successive album and tour finding the band and their business managers finding ways to maximize the profit, culminating in the 2009-2010 U2360 Tour of the world’s stadia. While Zoo TV was a glorious financial disaster and Popmart an under-performer (to be fair, they did get that tour together in Europe that summer, and when I saw the tour that fall I LOVED it), U2360 was a smoothly running moneymaking machine, even if the album the tour was supporting was a colossal dud, and if Zoo TV and Popmart mocked capitalism and it’s spiritual emptiness, now U2 was entirely OK with it, 4 blokes from Dublin made good, complete with accusations of tax evasion. But now they’ve pulled this iTunes stunt, and now it’s really gone wrong.

Free albums have been done before. Radiohead did it brilliantly almost 10 years ago: people like me and you paid something for it directly to the band, and a remarkable number of punters who downloaded it for free went back and bought old Radiohead albums, putting even more money in the band’s pocket. We’ve all downloaded free goodies off of iTunes, everybody likes free stuff.  Chasing cultural relevance however, U2 had to go that extra step and jam their album into everybody’s account in flagrant violation of privacy, hubris, good taste… and now they’ve blown up their brand with the key demographics they covet. And worse, the album is terribly disappointing. You know it’s terminal when Larry Mullen, that bastion of sense and prudence, has lost the thread, he too a victim of U2’s mounting 1% problems.