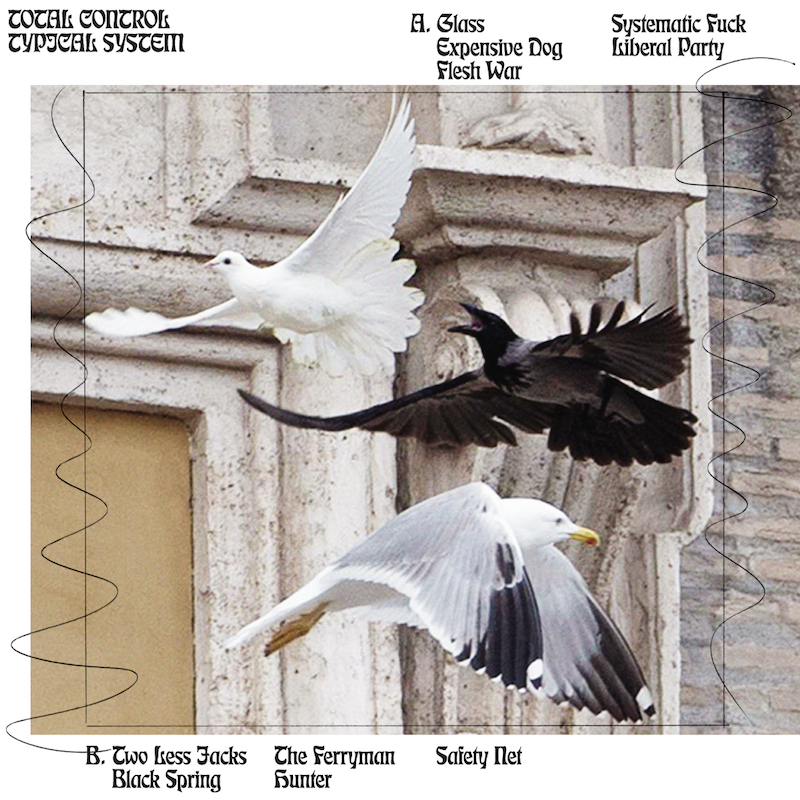 Just when the world thought it had enough modern 80’s synth-rock reincarnations to sort through, Australia’s Total Control releases Typical System, an album that churns out all the goth-rock nuances in all the right places. But with any genre-replicating album, it matters more what the band does to update the style, rather than what they do to pay homage to it. With that being said, Typical System is a good listen, however hampered by a lack of innovation.

Speaking of what Total Control does to sway from their 80’s inspirations, the most prominent difference is in the album’s production. Instead of toting reverb soaked drums and overly compressed instruments, the band utilizes a more modern mix style, bringing the vocals and guitar to the forefront while keeping the backbeat and groove more secondary. This results in making the songs sound more present and reminiscent of Depeche Mode’s more plug-and-play records.

When the use of guitars and synthesizers reach a good balance (let’s say, 60-40), the production backs the music perfectly, which in turn supports the vocals. In tracks like “Expensive Dog” and “Safety Net,” vocalist Dan Stewart’s singing is at its best, a reverb-heavy swagger with a surprisingly wide low-end. In songs like these the band finds its signature sound, although it does not happen all throughout.

What is troubling about Typical System is its lack of consistent direction. Consistency is not always required through each track of an album, but when many of the songs don’t stand out on their own, they should at least make sense in a bigger picture. Unfortunately, there is no clear thematic or structural continuity, and when almost half of the tracks end before going anywhere interesting, it is more problematic.

For Total Control, this record is a creative jump. Moving from mostly live instrumentation to mostly digital, Typical System plays like a smattering of different experiments inspired by a new palette. Sadly, it doesn’t feel fresh for listeners already acquainted with decades of music doing the exact same thing, but instead like some lo-fi punk rockers having fun messing around. There are some sure gems amongst the rest, but they are too few and far between to make this record the breakout it was intended to be.