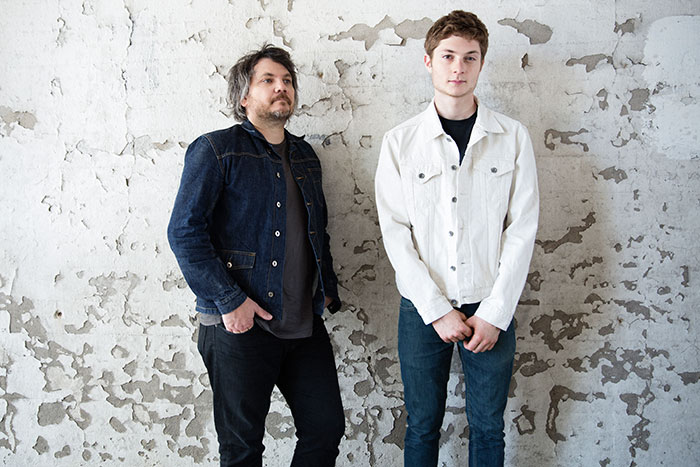 Father and son make their way through town tonight in the newest creation by Wilco front man Jeff Tweedy. With Jeff taking his usual spot at guitar and lead singer, you can find his oldest son, Spencer, behind him on drums. Listening to their music, you get the sense that it’s more than just a hash mark off Jeff’s list of “things to do as an accomplished musician.” Beyond the blood they share, the lyrics are personal—in many places you can see themes of the most intense thing the two now face on this earth: a mom and wife fighting with cancer.

The duo’s first album, Sukierae, is indeed named after Jeff’s wife, Sue Miller. It features 20 songs soaked with a Jeff Tweedy at his most raw. But then again, I suppose his lyrics are always served best with a high dose of emotional turbulence. While in many cases the sound is less explorative then Wilco’s—it sometimes comes across as a bit subdued—the album features the same confessional wisdom of America’s great songwriter, and the broad emotional spectrum that goes along with it. Even more than that, it’s got the bond of a father and son with their hearts on the line.

Oh yeah, and the name of their band? Tweedy.

Check them out tonight, playing with the full band at Town Ballroom. Jeff will be perform some songs solo as well.

Doors are at 7:00. Tickets for $37.50 advance. Brooklyn indie-pop trio, Hospitality, are set to open. Check out our interview with the band here.