Tonight: Tragedy (All Metal Tribute to the Bee Gees & Beyond) 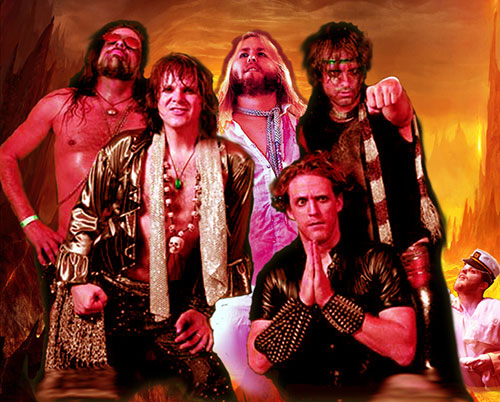 New York City glam-metal tribute band, Tragedy, will be making a stop at the Studio at Waiting Room tonight on their tour.  Equal parts 80’s Metallica, Poison, and Dethklok, the band’s hilarious takes and exploits make Tragedy one of the most entertaining  tribute bands on the market. Tragedy has expanded their initial Bee Gees centered setlist to put a metal hairband spin on pop classics of yesteryear.

Not to be overlooked is Metalachi, a mariachi band that hails Satan and snorts horse tranquilizers. Doors open at 7pm with a $15 cover.