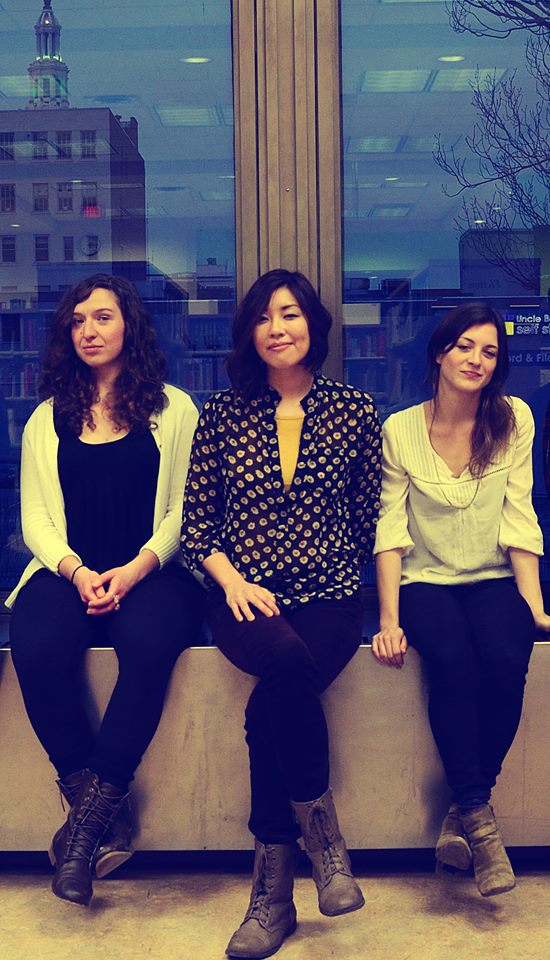 Upon investigating the musical genre “chamber folk” that Buffalo-based quartet Tiny Rhymes goes by, I discovered a historical fact: that it is also called the “music of friends.” Indeed, each instrument whispers to each other, creating a delicate hush of fae compositions, led by strong lyrical prowess.

A distinct sophistication presents itself in the group’s debut EP, A Kinder History, which recently came out on Forest Park Recordings. The EP is crisp, methodical, and on point; not the raggedy sing-song vibe you’d think of from singer/songwriter acoustic-folk. Besides coming off as a pleasantly acoustical number, the group’s formal choral and musical training shines through. Sharon Mok & Katie Weissman, both core members of the group, have played in a variety of musical outfits from an early age, both professionally and personally.

“Arrows,” the first song off the EP, leads in with a crooning, enchanting melody. Throughout the song, Mok’s vocals are spotlighted as the music subdues, giving way to a choral solo, so the lyrics are clearly heard. The words focus on dynamic relationships, an imaginative rewrite of the past. “When we were children we had time, whereas lovers we have none,” evokes a pensive nostalgia, a feeling of running over the same old memory, needing to be released. “Let’s say that our timing was worthwhile,” makes amends to the sense of failure.

Not only does the back story weave the tale, but also the accompaniment. “Gold Mountain” most evocatively mimics a call and response effect. The narrator of the song places us within the mountains, pouring out an angelic breakdown, as the sonorous cello and creeping violin mimics the pathos of loneliness, facing a great, cavernous space.

Tonight at Pausa Art House, Tiny Rhymes will debut their new EP. Pausa’s intimate, nurturing atmosphere seems like the best place to witness this stunning ensemble. The full lineup will be Mok on vocals and guitar, Kathryn Koch on vocals and violin, Wsissman on vocals and cello, and Brendan Fitzgerald on percussion. Vocalist Erica Wolfling will be opening for the group, bringing her strong, simmering voice to the forefront. Together, each member of the group brings an emotional piece, weaving a delicate history that, for sure, is beautiful and kind.

Skip down to 19th Wadsworth St. at 6:00pm when doors open (seats go fast). The music begins promptly at 8:00 p.m. Entry is $5 for student-goers, $7 for the general public, and an extra $3 gets your a copy of A Kinder History. Get there early in your finest garb, and prepare to be swept away by the instrumental wave.