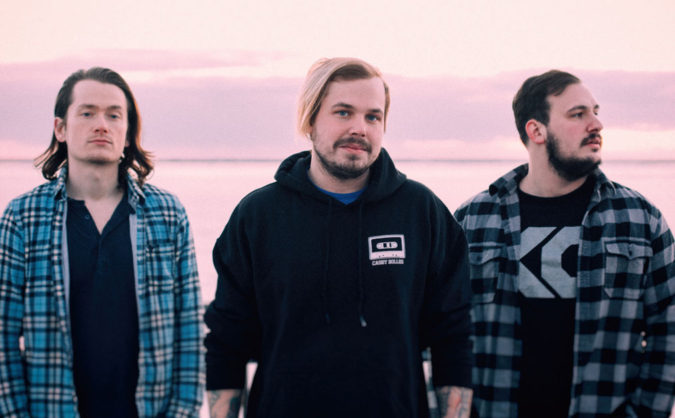 Buffalo’s own The Traditional are back on home turf in honor of their latest album release. The band is celebrated as an angst-ridden, emo alt-rock ray of hope for the Western NY music scene, honing in on an organic, authentic sound that’s often hard to come by. The trio holds true to the ideal of producing genuine, soul-bearing music for anyone willing to listen, and their hardworking, grassroots mentality shows. With a sound similar to The Used, Brand New, and The Wonder Years, The Traditional pride themselves on having many influences but holding true to their very own unique sound. This band has a reputation for creating energetic, raw, and honest material, and their live performances are no exception.

In honor of the March 17th release of their latest EP The Queen of Heaven, The Traditional have decided to lend their time and talents at The Waiting Room this Saturday night. They, along with a lengthy line up of Buffalo’s finest start things off at 6:30 and keep the momentum going well into the night. The show is open to all ages with doors at 6, and includes fellow Buffalonians Super American, Cooler, Younger Then, as well as Southpaw, and Michael Brady of American Low, all wrapped up in a neat indie-alternative-meets-punk rock package. Advance tickets are $10 – get ‘em while they’re hot.