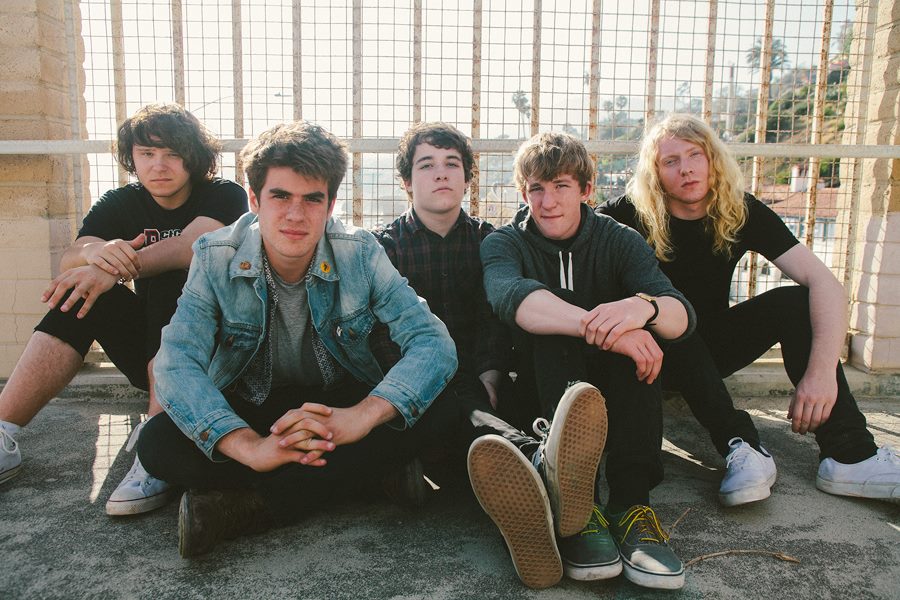 The reason, I think, for people obsessing about The Orwells’ age is resentment. I’m only 23, and I resent anyone a day under 23 who is an iota more successful than me (which is a ton of people). This kind of feeling is especially common with people who write about music. You might be a musician yourself, and here you are, constantly writing about people who are out there actually making it. It can feel like you’re a Salieri in a room full of Mozarts.

So most of the press about The Orwells makes mention of the fact that they are young kids, that they formed in high school, stuff like that. There’s even a cool/creepy moment from their set on Letterman where David calls for an encore from The Orwells and get one from the house band, with Paul Shaffer so jazzed about the kids in front of him that he can’t help but imitate lead singer Mario Cuomo and writhe around on the floor.

Here’s the thing: the band’s youth is not essential to their music. Unlike a band like Vampire Weekend, who went to college and then wrote a bunch of songs about college, The Orwells aren’t exclusively singing about how much it sucks to be under 21. And their draw isn’t the novelty of seeing a bunch of kids on stage that, as audience members, might not even be allowed into the venue. They play solid rock music without much in the way of frills and they seem like they’re having a great time doing it. That’s reason enough for people to be drawn to them.

If you’re feeling drawn to them, they’ll be at The Waiting Room tonight. The supporting acts alone are well-worth the price of admission: Made Violent, Bryan Johnson & Family and American Low. Tickets were absurdly cheap: $1.07 advance (the show is part of Alternative Buffalo 107.7’s “You Saw Them First” series), but it appears the show has sold out, so hopefully you already splurged. All ages, though if you’re under 16, you need an adult.

Below: The aforementioned performance by The Orwells of “Who Needs You” on Letterman.