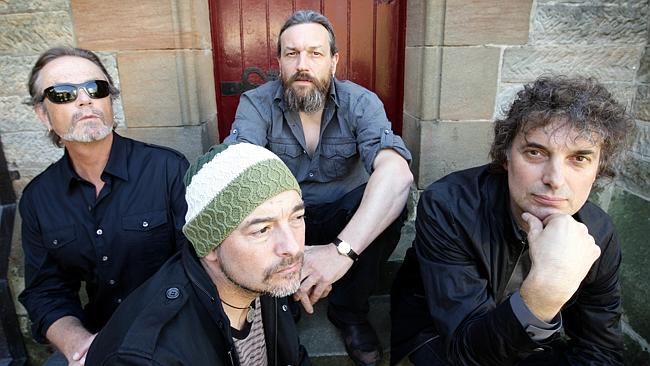 It is easy to forget that there was a time when independent, or “indie” music as it’s most commonly referred to, actually meant something. In 2015, every website, bandcamp, and band has the “indie” label affixed to its name. You could argue that any band that picks up an instrument and plays original songs is an independent band, in the sense that they are acting independently of whatever else surrounds them, but that would be missing the point.

“Independent,” as it was originally conceived, represented music treading new grounds. The term became popular in the 80’s, when groups realized they didn’t have to follow the same old commercial mold.

One such band provided one of the finest offerings of this new approach.

The Church were an alternative rock band that sprinkled in neo-psychedelic tendencies with haunting riffs, and combined it with progressive flair. Much like their contemporaries Echo and the Bunnymen, U2, and the Psychedelic Furs, the Church wanted to make rock music that shimmered, touching body, mind and spirit. In a sense, theirs was a music that had a spiritual, ethereal lean. It was easy to get lost for days in their songs, as tracks like “Under the Milky Way” (most commonly remembered as that song from Donnie Darko), and “Reptile” had a smooth, dark, almost acid-trail feel to them. They were arguably one of the finest “alternative” or “independent” acts that never quite blew up here in the States, and that’s a shame.

Tonight, the Church play at Town Ballroom, along with another standout from that fantastic 80’s scene: the Psychedelic Furs. The Furs have a more noticeable profile with such radio hits as “Heaven” and “Pretty in Pink.” Their deep cuts, though, are what deserve attention, as the Furs entire catalogue is worth a listen.

If you missed getting your ticket, sad to say, the show is sold out. Nevertheless, I would suggest opening up Youtube and watch some old videos if you’ve never heard either band. They’re truly worth the listen.