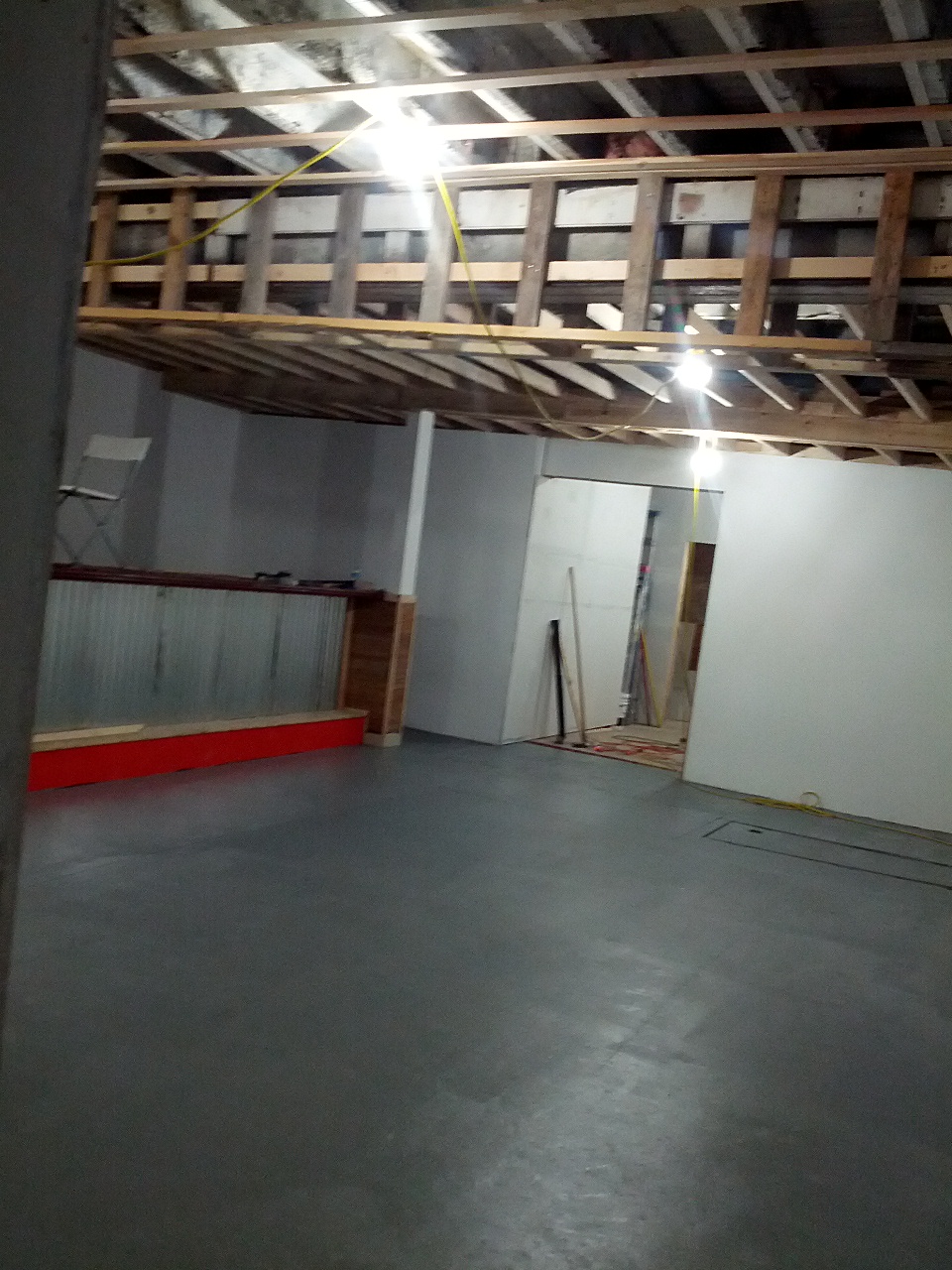 After many months of hard work, delays, and headaches, Sugar City is ready to open the doors of their new home to the public.  It’s been over two years since the DIY collective has had a venue to call their own.  Located at 1239 Niagara St, directly across from the recently opened Resurgence Brewing Company, Sugar City can be seen as the next step in a sort of revival of Niagara St. The venue is far from finished, but is at a point where events that have been scheduled are able to take place. Members will continue to work over the next several weeks/months in order to get the space into full working order.

Tonight’s events begin with open gallery hours from 6pm-8pm. The gallery walls will be adorned with Illustrations and prints by Screaming Females singer/guitarist Marissa Paternoster. There is no charge from 6pm-8pm.

From 8pm-11pm, live music will appear in the back half of the building with performances by Tracy Marrow & The Magi Chippie, Cages, The Brood (from Philadelphia featuring members of Witchhunt), and JOHNS, followed by the debut of Brass Pro and the Waterfront Revivalists Marching Band, who will bring the party across the street for Part 2.

Part 2 begins at 11pm and will consist of a Chronological Dance Party directly across from Sugar City at Resurgence Brewing Company.  DJs will play music starting in the 60’s and going through the 2000’s. The night concludes at 2am.

Please keep in mind and respect that Sugar City is a drug and alcohol free space.