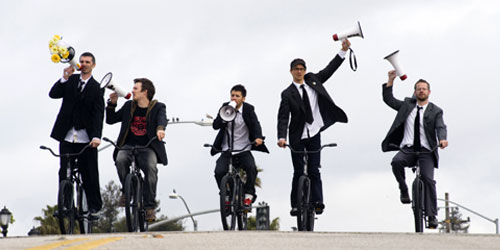 Santa Cruz-based instrumental electronic band Sound Tribe Sector 9, better known as STS9, have been been touring extensively since 1998, becoming mainstays in the North American festival circuit while releasing eleven studio albums in that time. With a progressive, organic sound that draws upon funk, electronica, jazz, and hip hop, STS9 have developed a reputation as one of the most consistently dynamic live electronic acts. Its most recent EP, When The Dust Settles, was released on the bands’ label 1320 records, which has also released music from artists like Bassnectar, Pretty Lights, Big Gigantic, and The Glitch Mob.

Tonight, STS9 will headline a performance at Artpark‘s outdoor amphitheater with support from Portland, Maine electronica band JAW GEMS, whose jazz and funk infused beats are as soulful as they are cerebral. Tickets are $17 general admission and can be purchased here. Gates open at 4:45pm while music begins at 6:30pm.