Tonight: The Strokes vs Interpol Featuring Different Strokes vs Outerpol 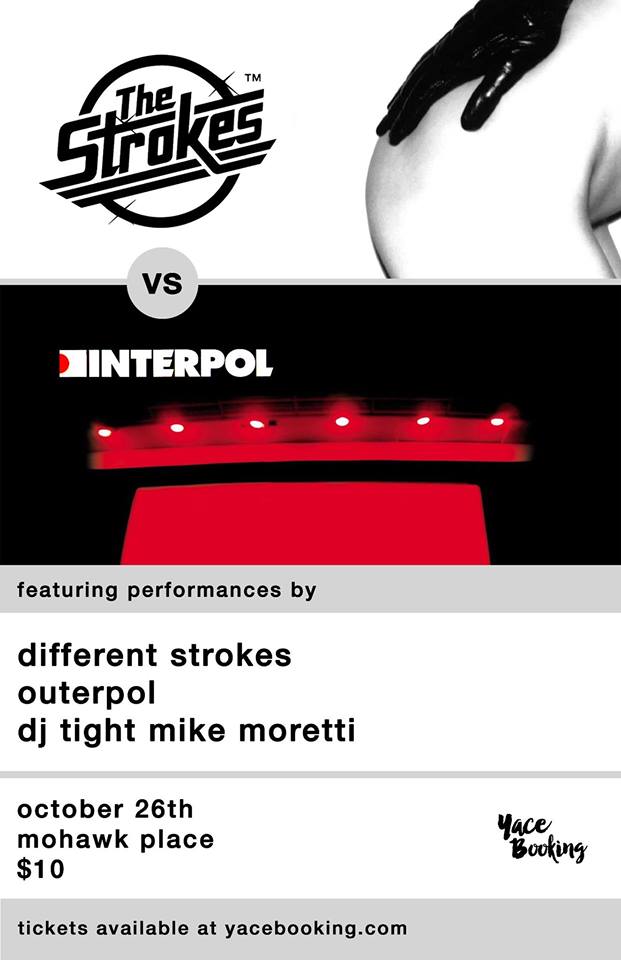 What an amazing and miraculous time to be a music fan in Buffalo, NY! Not only is there a Strokes tribute band operating in the area featuring some of Buffalo’s best musicians in the form of Different Strokes, but now there’s a tribute band for their erstwhile “rivals” Interpol… featuring more of the city’s best going by the name of Outerpol, and both are colliding tonight to do metaphorical battle at the Mohawk as part of their run up to Halloween.

DJ Tight Mike Moretti will be spinning all your favorite indie rock favorites to get you in the mood, although if he really wanted to get you in the mood he’d play some butt rock to remind you of what these beloved NYC bands saved us from… but he’s not, I promise. Cover is $10 and doors are at 8pm. Costumes are encouraged, especially if you come decked out like Carlos D.