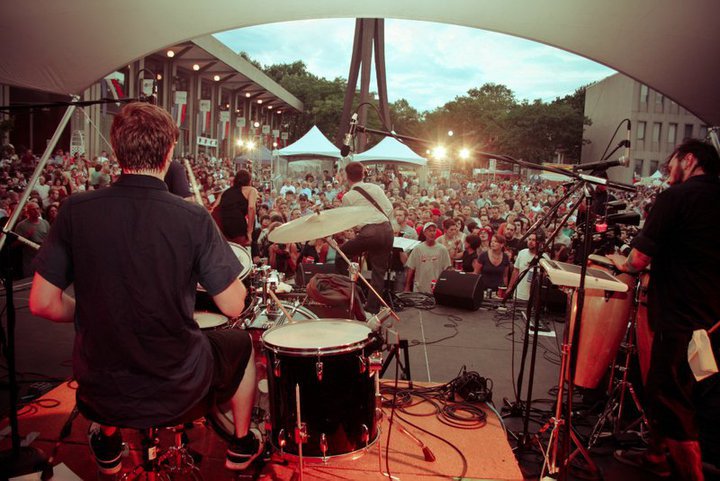 David Byrne has said time and time again that he has no desire to re-unite the Talking Heads, the band he lead for 15 years, and made some of the best music of the last century. This is a huge shame because the Talking Heads’ music has influenced and inspired millions of people, and there are plenty of younger fans (like me) who will never know the immense pleasure of seeing the Heads in concert.

Thankfully,  we do have an excellent Talking Heads tribute band in Start Making Sense, who will be taking this stage tonight at Nietzsche’s. The band perform tunes from every stage of Talking Heads existence, – the heady Brian Eno-influenced years, as well as the poppier later stuff. If you dig the Heads even a little bit, this would be a fine show to attend. The gig will also feature HTMO, a Hall & Oates tribute act, and Tim Britt, an acoustic singer who mainly covers song from the 80s. So if you’re up for an evening that will explore multiple areas of great 80s music, this is the show for you. The fun starts at 8pm, and tickets will set you back 12 bucks.