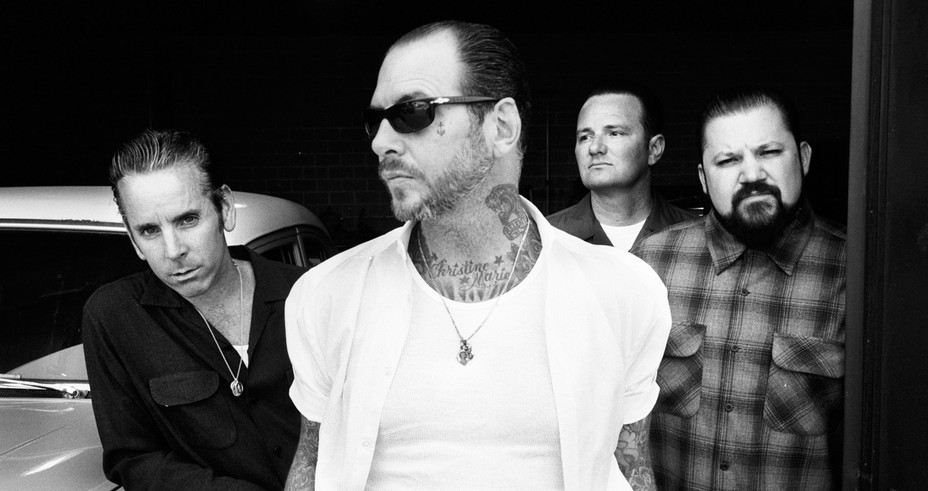 Social Distortion are legends; punk icons that bridged the gap between alternative rock audiences and mainstream crowds in the 90’s, with their rock-meets-blues-meets-country approach. Never straying from the firm DIY ideals that punk has come to represent, the band has continued to grow and evolve, pulling from a variety of roots-rock traditions, all whilst keeping the music true to themselves and their dignity intact.

One of their most commercially and critically successful albums (and let’s be honest, most people’s fave) was their self-titled album released in 1990, the album that truly broke the band. Prior to that, Social Distortion had dabbled with fame here and there. Their classic Mommys Little Monster is essential in any punk collection and Prison Bound offered a unique transition into unchartered rootsy territory. It was the self titled, with hits like “Story of my Life,” “Sick Boy,” “Ball and Chain” and a most excellent version of Johnny Cash’ “Ring of Fire,” however, that opened the doors to a new crowd and distinguished them from their edgier punk counterparts. This was punk with heart.

Now 25 years past, it is time to look back and celebrate this seminal album. Town Ballroom will host Social Distortion tonight, playing the classic self titled album in its entirety. Those that have seen Social Distortion in the past are used to hearing the hits from this record but some of the b-side cuts will be a real treat for us die-hards. Unfortunately, the show is sold out. I hope you got tickets. I really do. This is going to be a special one.