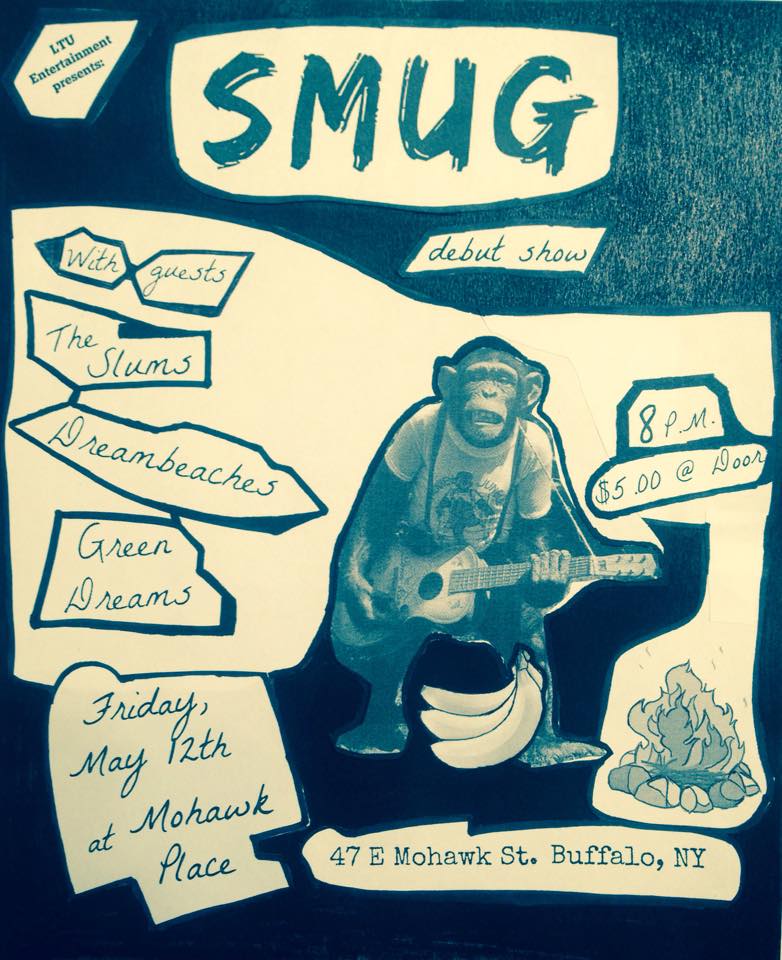 Buffalo’s music scene is definitely fluid, with bands coming and going, frequent collaboration, and sometimes bands up and change names. Case in point: the reborn punk rock band Naturalists, now known as SMUG, who took a break, changed their sound, recorded a forthcoming debut album, and rebranded themselves with a nifty all caps name that’s got fans of Naturalists eager to see what’s next. What do these guys sound like now? Nobody knows but them, but the impenetrable mystery becomes clearer tonight at their debut show tonight the Mohawk with tuneful surf rock darlings Dreambeaches, punk rock machine The Slums, and space rock explorer Moody Cosmos. Doors at 8pm and cover is $5.